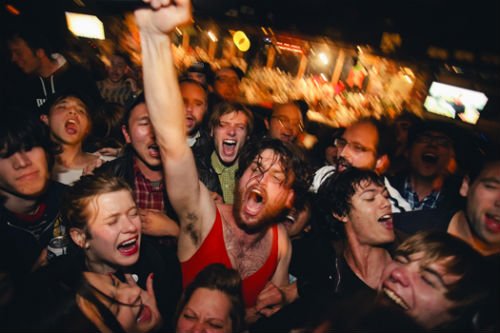 Nashville-based Terror Pigeon! – the exciting project by Neil Fridd – is about “sex, hugs and pizza rolls”. ‘Live It Up Before You Die It Up’ (released on Monday 22nd September via In Stereo Records/Fierce Panda), the project’s second album, is a wonderful chaos of colour-crazed choruses, thrift store electronics…A party going on in their sweaty, nerdy heads, and we’re all invited. This is a work of genius.

On the self-described World’s Sweatiest Band, Fridd says: “So if an asteroid was gonna take out Earth tomorrow, and your friends were having a huge party to celebrate what a wild ride it’s been, when you showed up this band would be playing. Join them in their jubiliant, dance party salute to the supreme ass-kickingness of life.” 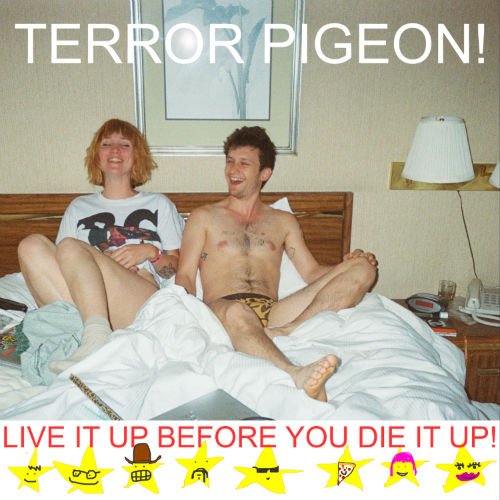