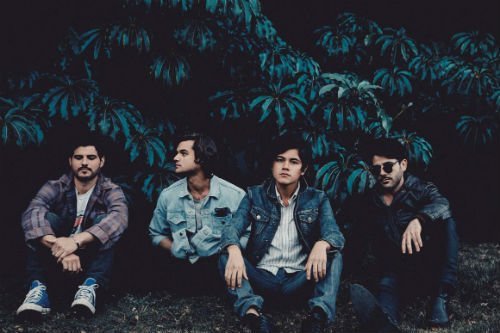 Los Angeles “chill rock” quartet Northern American – Nate Paul, Shane Alch, Bruno Calenda, Augusto Vega – describe their sound as a picture of the city they live in… “From The Doors to Tupac, we are inspired by the same sunset, Los Angeles; the place that was and always will be.”

To get a slice of their glimmer & breezy summer sound, here’s the video for ‘Elysian’, taken from their debut album, ‘Modern Phenomena’, which will arrive May 18 on Heist Or Hit Records.