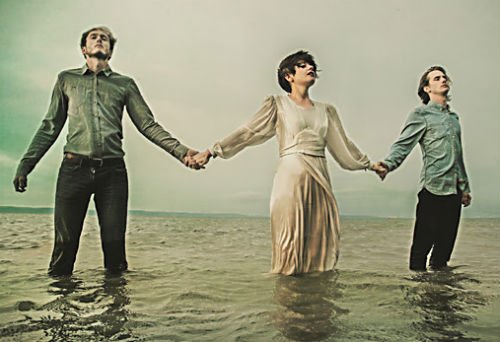 The video was directed and produced by Josh Bennett, Gruff Vaughan and Nick Patterson and features a man and woman embrace each other underwater, but the woman becomes lifeless, starved of oxygen. In desperation the man pushes her to the surface, chasing the breath that will save her…
Hailing from the foothills of mountainous north Wales, Golden Fable compose their music within its abundant, richly varied landscape…