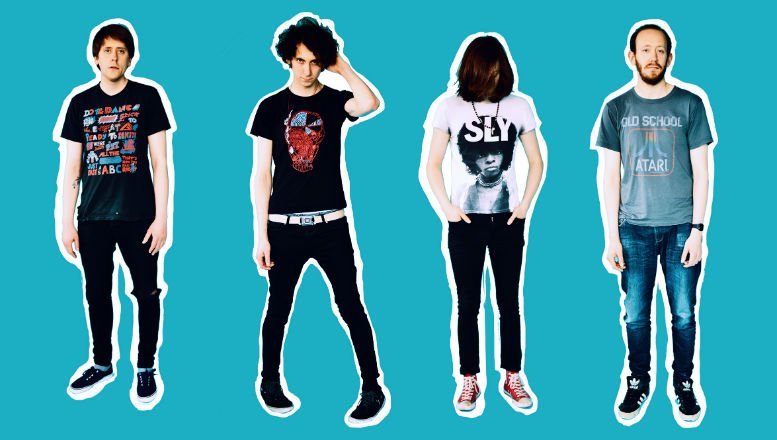 Ded Rabbit are four brothers who are out to take the indie-pop world by storm, one infectious melody at a time. Having recently been interviewed by us a few weeks ago, we thought it appropriate to make Ded Rabbit our Band of The Week this week.

The band of brothers (Eugene, Donal, Eoin and Fergus Gaine), originally from Yorkshire, moved to the Highlands in 1996 and it was here that they developed their love of music and began creating their classic, fast-paced, British-indie sound.

The boys have just released their fourth EP ‘Moving in Slow Motion’ and if you’re a fan of early days The Libertines and The Cribs, you’ll find a spot in your heart for this upbeat treat of a record.

‘Moving In Slow Motion’ is out now via Ded Rabbit Records.