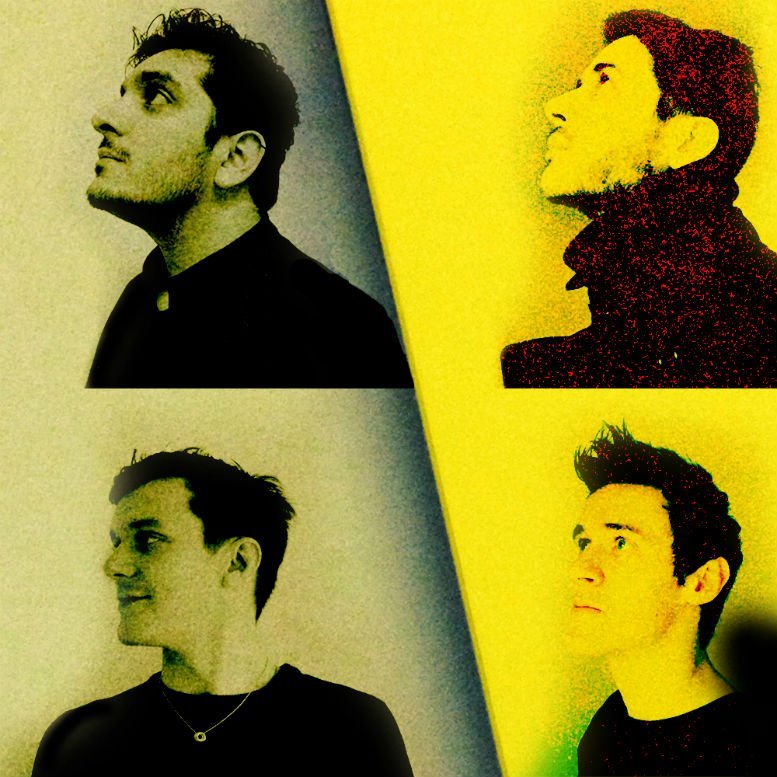 On Friday Caralis released their debut EP ‘Logic’ a collection of four intense and complex tracks rooted firmly in the best traditions of electro-pop.

They originally started as an informal coalition between Dan Frau (vocals, drums, keys, guitar) and John Merriman (production, drums, percussion, backing vox) when the two started to experiment around several ideas in 2014 resulting in the release of singles ‘Be Automatic’ and ‘Clicks In’. Both tracks have been included on the EP and represent Caralis’ early material, which was much coarser and more outwardly aggressive than what has eventually followed. Merriman’s drumming takes most of the responsibility of backing Frau’s fantastic vocals, leading to a much sparser instrumentation, especially in ‘Clicks In’.

Since then the duo has become a quartet with Merriman’s brother Phil joining on keys and Ex Libra’s guitarist and frontman Amit Sharma taking responsibility for the guitar and noises (which is either incredibly lazy description on the part of the press release, or a general catch-all term for the noises you can hear that can’t directly be attributed to any other band member). Producing the newer two tracks of the four under this line-up, including the title track ‘Logic’, they have developed a much more accessible sound adding more touches of electro-pop and vocal harmonies which along with the extra keys and guitars help fill out the groups original sound.

All this is done while somehow managing to retain that menacing urban feel of the bands distinctly London sound. Not to be overly disparaging to the early songs, if anything I like how the EP works as a whole, the more accessible songs introducing you to Caralis’ sound, preparing you for the more intense half, allowing you to appreciate it more with I kind of ‘I get what they’re going for’ sentiment.

Getting support from the likes of 6 Music and Amazing Radio, shows that the group is starting to turn heads with some pretty important people to new music, so I can’t be the only If you want to see them I’m afraid you’ve missed your most recent opportunity with their EP launch on May 19th but be sure to keep track of them for new releases and new shows via their social media.