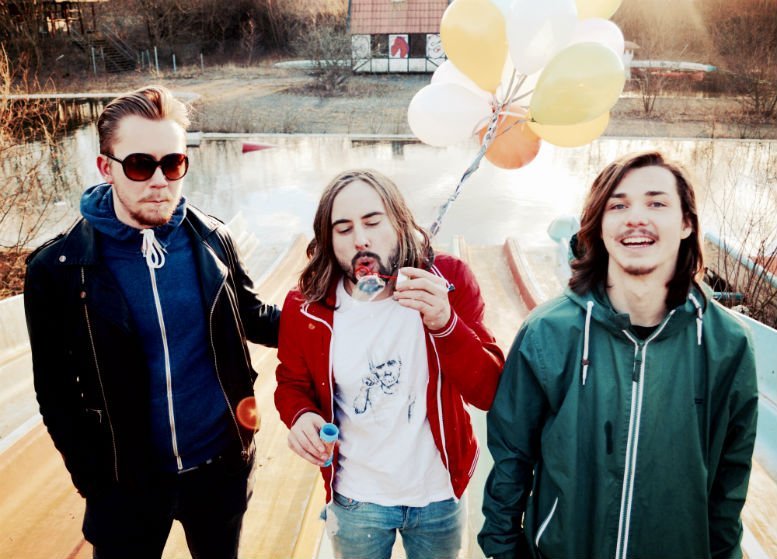 The Aarhus based three piece – Captain Casanova – channel grunge-infused garage rock on their latest offering and whilst the chorus feels bright and uplifting, the message behind the song takes on a more sombre note. “The song is written as an explanation and a goodbye to the son of my former girlfriend,” explains guitarist and singer Rasmus Bredvig. “It’s also a song about the frustration of loosing and not wanting to loose that naïve point of view where you think something will last forever.”

The video for the track features video footage taken from Rasmus’ childhood days, which are deliberately more uplifting than the message of the song itself. It’s a nostalgic look back into Rasmus’ past, wanting to keep that feeling and those times alive in his memory.

Captain Casanova formed in 2012 “in a big yellow house on top of a hill,” the band say. Their sound channels the 90s alt rock sound of bands like Dinosaur Jr. with the underlying melancholy of Pavement. Their live shows are intense and exciting and touring has taken them all over Europe, playing more than 150 live shows and counting in just over two years.

Although Captain Casanova are delving back into the past with this single, Futures is also about looking forward as well. “We make our own future, it’s better to make it bright,” Rasmus concludes. Captain Casanova are a band who use their past to make a better future, something we can all take comfort from.

‘Futures’ is out now via Tapetown Records.