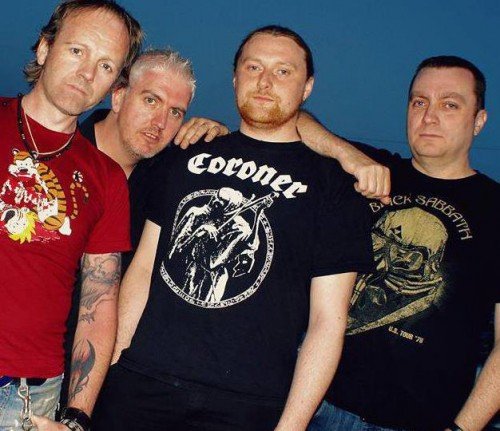 In another of our ongoing series of local band reviews we dispatched Dave McClean to listen to a couple of the Northern Irish music scenes fast-rising bands.

The show was one of two halves for Dave, but as ever her gave us an unbiased and honest review. Here it is for your perusal.

Kicking things off Baleful Creed took to the stage to what was almost a full house in Comber. Right from the start the boys ripped straight into material from their forthcoming CD that’s being eagerly anticipated round the country.

I’ve been fortunate enough to snag an advanced copy of the CD, and it translates perfectly into a live situation – these guys are smart enough not to over-engineer in the studio.

Make no mistake – these lads are serious about their music and have invested a considerable amount of money on their craft and it shows.

Volume levels were just right – not too loud to stop a conversation but not too quiet that their down-tuned delivery lost any of it’s power. 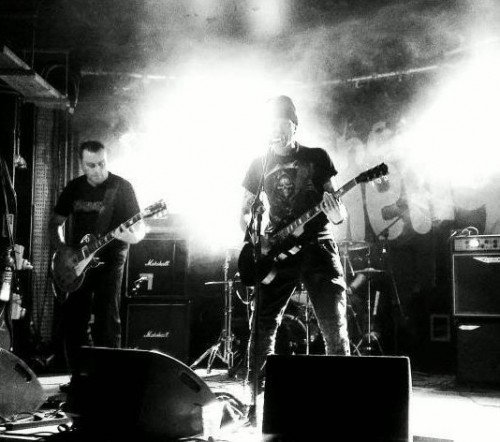 However after a couple of minutes a look around the packed venue showed that no-one was talking – heads were nodding, feet were tapping and the fans that know Baleful were singing and shouting along to every word.

After 20 mins and the crowd in the palms of their collective hands, Fin Finlay on lead vocals donned his iconic wooly hat as the intensity was ratcheted up another notch and the band delivered some serious slices of rock.

Stand-out moments for me included –
‘Autumn Leaves’ – sinister vocals and haunting chorus really captured the crowds attention. Mark Stewart’s drumming on this song was particularly outstanding, as he delivered some really tasty breaks and fills.

‘Thorazine’ – incredible haunting delayed solo from John Allen – one of the stand-out moments of the whole night.

‘Illuminati’ – Fin pulled off some incredible delay-heavy solos on what is surely a classic track.

Steve Fleming provides a solid and skilled bass with a great tone – heavy yet never muddy and doesn’t put a note wrong all night.

These guys deserve a big break – they are currently writing some of the best material in the country – clever, melodic, heavy and very very catchy…I believe very good things are in store for them.

I did have some small criticisms that only took away slightly from a great performance – I’d have liked to see more eye contact with the audience and more movement on stage.

Also during John’s incredible Thorazine solo the rest of the lads used this 60 odd seconds to retune and have a chat and a joke – stay still and fade into the background and let this moment be played out without distraction. Another niggle – between songs there was a fair amount of feedback at times – a kill switch or noise gate would have been great.

However let me say – these are minor points – and overall the gig for me gets an 8 out ot 10 – the crowd gave overwhelming support between each song and at the end were delirious. Sort these little points out and we’d be up to 9 out of 10.

(this was a double bill, so as Baleful Creed stepped off the stage Supernaut took to it)

Tribute bands – occasionally can be the road to critical acclaim, but more often than not they can lead to the graveyard for many musicians. I’d no idea what to expect as I’d not heard these guys before but given that, I like the rest of the country – is counting the days until Sabbath’s Belfast return in December I was hoping for something really special.

In terms of crowd – Baleful Creed had already engaged the crowd and everyone was in fine form and ready to rock, so it was game on…..or was it?

Opening with ‘Never Say Die’ and straight into ‘Sabbath Bloody Sabbath’ followed by ‘Sweat Leaf’, what becomes apparent is that this is not a tribute act who are trying to emulate the sound of Ozzy & Co.

The guitar is blistering and very overdriven – more into Zack Wylde territory than Tony Iommi…There’s a harsh lesson to learn here – don’t try and cover a band without being able to hit the vocals note perfectly or replicate their sound.

On that score…Sabbath are an extremely hard act to cover…