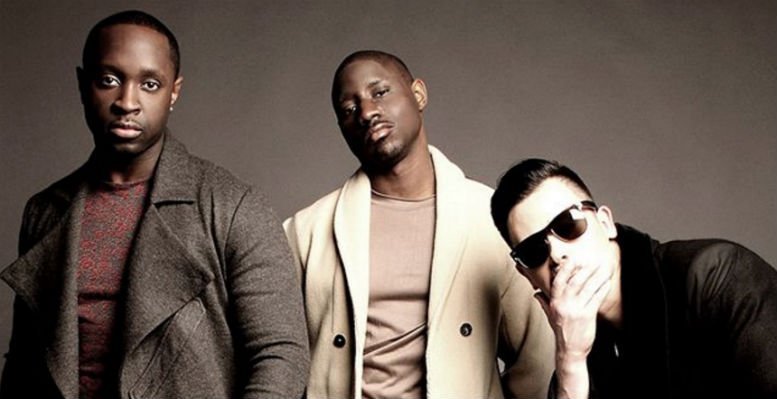 Following the release of their impressive debut Mixtape ‘Holla at a Baker’, now the trio share a new video for ‘Until The Day’, another tasty segment of their refreshing soulful hip hop…

Hi Bakery Boys! How are you doing?

Dre: hey! all good …we’ve just finished our latest video for our forthcoming single ‘Until the Day’. Had a crazy couple of weeks getting it all sorted but we’re all really happy with how it all panned out.

Shack: Yeah I could have slept for days after that shoot, we were shooting on film so it required quite a lot of kit and lighting. We ended up with several vans full of kit that we had to move around to each location…

Ace: We used my Mums house in one of the shots and was the last location of the day. By then it was pretty dark but we lit it up and had the estate looking like hollywood! The neighbours were gassed lol

Tell us a few things we should know about Bakery Boys:

Ace: We’re completely independent, we write and produce all our own music.

Dre: Yeah we’re all pretty much self taught…like Ace was saying we’re very hands on with everything from art direction and visuals to branding, marketing, production and writing…we cover it all between the three of us and the rest of the Bakery family.

Shack: We’re family, me and ace are brothers and I’ve known Dre since I was like 5, so we’ve all grown up together.

Tell us how you all got into music?

Dre: Just from being music fans and having a real appreciation for it we started to dabble in it.

Shack was always into production and had kit. Bought an MPC2000 back in the days and then acquired this massive 48 track mixing desk, I guess that was the start.

Ace: It was something I pretty much always wanted to do and had a passion for. Getting to fulfill it with my family just made sense. 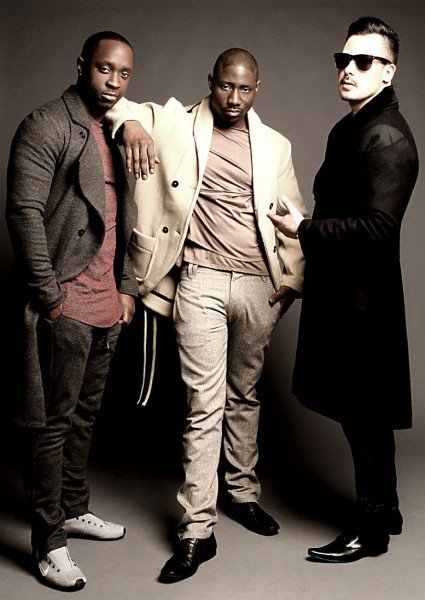 Ace: if you like UK rap / grime you would def feel the Bakery sound .. but at the same time if you’re into classic hip hop and RnB you get a touch of that in the mix too.

Dre: Our music stems from past, present and future sounds.

Tell us about the new single, ‘Until The Day’

Shack: It came from a studio session that I sat in on with Brixton based rock band ‘The Thirst’.

They had wrapped up some finishing touches to something they were working on and then started playing me some instrumentals. That one jumped out at all of us, we knew with the right vocals this one would be a banger!!

Lead singer from the band Mensah literally started humming chorus melodies and pretty much freestyled the hook, the rest is history.

The song is about aiming high and reaching for the stars in whatever it is that you do or are passionate about. That is ultimately the underlying motto that we embody across the board in anything that we put our mind and time too.

‘Until The Day’ is taken from your new mixtape Holla At a Baker, what can we expect from that?

Dre: ‘Holla at a Baker’ has got some certified bangers on there, from smooth soulful sounds like ‘Get Away’ to more lively tracks such as ‘Lightwork’ and ‘Super Hero music’. It’s definitely a journey from start to finish. We’re really excited about putting this project out.

Shack: Its all original material that we wrote and produced ourselves. It has quite a big and cinematic sound so it was imperative that it was recorded right and everything complimented each other.

We even wrote a few skits and had an actor called Edwin Flay come and perform them for it which gave it an amazing undertone. I think we spent a solid 10 days on the whole project then got it mixed here and mastered in New York, it’s definitely not the typical mixtape.

Ace: To be honest we’ve put it out as a mixtape but we went at the project in the same way someone would produce an album.

If you could collaborate with anyone alive or dead who would it be?

Dre: I would love to have worked with Amy Winehouse, always been a fan.

Shack: I’d love to work with Jamiroquai, Barrington Levy and Supercat. That would be dope!!

Where do you get your inspiration for your songs?

Dre: We all grew up listening to the likes of Jay-Z, Biggie, Nas, Wu-tang and UK sounds such as So Solid and Heartless crew…

For me my inspiration always arises from past, present and future so its a mash up of everything I used to listen to as a kid mixed with sounds of the moment, not limited to any particular genre and experimental ideas i think might sound cool.

Shack: I’m a big fan of old school music sonically, Motown was my era. My son reckons I’m a grandad!

The passion and realness that comes from that motivates me to replicate the feeling. The content comes from my day to day life.

Ace: My inspiration just comes from life in gens, that’s what I know about and what I live. That’s ultimately what fuels me and what people will relate to most.

What’s your favourite thing about being in Bakery Boys?

Dre: Its a blessing to wake up everyday and do something you love, with the people you love…I count myself as very fortunate.

Ace: Same. Being able to creatively just do what you want within reason without feeling restricted or bound is a good feeling.

Ace: Personally i can’t wait to travel and take Bakery overseas. We love performing at home and locally but we’ve had people as far as south africa reach out and ask us to come and perform in their home town.

Dre: Yeah its always been a personal goal of mine to travel while working, so touring overseas would be amazing. We’re also just in the midst of Launching our own charity called Justinspire that integrates music, fashion and art production to inspire young people through the use of creative mediums…

Giving back to our local community has always been important to us so we’re aiming over the next few years to bring through a whole load of young creative talent. #HAAB

Shack: We have some create projects in the pipeline. Ultimately we aim to maintain and grow the current momentum and take the Bakery brand to the next level.

Finally where did you get your name from?

Dre: The name stems from our first studio which we all worked out of, which was called ‘The Bakery’. It was our creative hub, a place for all of us to come together and work on a variety of projects from fashion to art and music…

We had a 48 track mixing desk for music, we had launch parties/collection previews, photo shoots and installations…We even had an original 90’s Streetfighter arcade machine that we lost a good few hours (and 20p’s) on!

It was basically ‘that place’ where we cooked up good sh*t. After a while people began to refer to us as ‘Bakery Boys’. So naturally once it was time to brand the music and ourselves with a name, it seemed only right to run with it.