Their latest single ‘Time To Get Lost’, a track about the feeling of dismay over the recent US election, it’s released on 17th February via LA and Miami based label 10K Islands.

Hi Bad Wave – who are you and where are you from?

Hello! We are two dudes in Los Angeles, Tucker and Patrick. Our live drummer, Ben, is from the valley.

We are kinda new to LA, and we also kinda don’t go out much, so take our opinion with a grain of salt. There’s a crazy amount of live music here though, and it really seems like whatever you’re interested in you can find it here.

What inspired you to start making music and how did you meet?

Well we’ve both been musicians for a long time… we started making music together while we were playing in another band out here, and we were roommates. It was kinda inevitable. 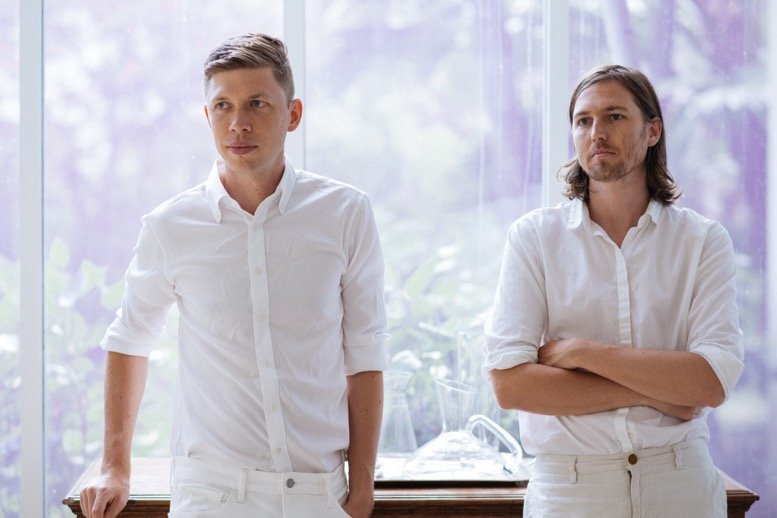 ‘Time To Get Lost’ (your latest track) is about Trump – can you tell us a little more?

It’s about him, but also about our frustrations with lots of things during this political cycle. It was a weird year and there was a lot to be upset about…sometimes it’s good to be able to release your frustrations.

Do you think it’s a good or bad thing for bands to be writing about politics?

Tucker: Bob Dylan once said if I wanted to write about digging a hole, I wouldn’t write about the hole, I’d write about the way the dirt feels against the shovel. To me that means you write about what you feel and what you experience… I don’t want to write explicitly about politics, but I do have feelings about it that I want to express.

Patrick: I don’t write the lyrics, and I don’t really write music “about things,” per se. I’m generally pro-forms of expression, though, and I don’t see why people shouldn’t write about something they want to write about. Subject matter doesn’t necessarily make art good or bad.

What would be your dream inauguration line-up (playing for your dream president of course, not Trump!).

Well we would be our dream president, so for our inauguration we’d probably go throwback 90s… Weezer, Green Day, Smashing Pumpkins, Rage Against the Machine, Primus, Soundgarden. Something like that.

If you could collaborate with any artists, who would it be and why?

Dream scenario would maybe be a Wes Anderson music video.

Finally, tell us a secret about yourselves?