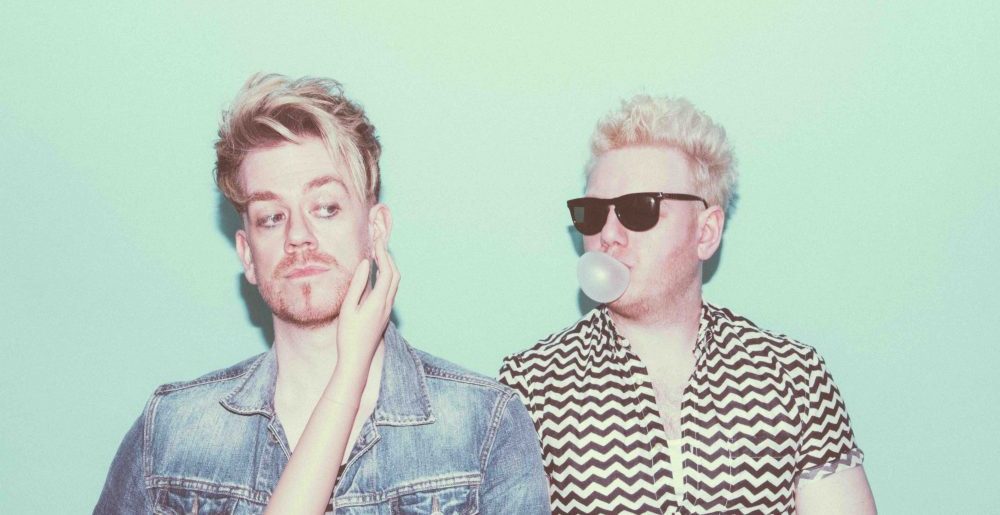 Glasgow garage rock duo Bad Mannequins – Ross Hamilton (lead vocals, guitar) and Jamie McGrory (drums, vocals) – unleash ‘Buzz Killer Skinny Gene’, their unruly sound of a new generation, taken from their debut EP ‘Deny Til U Die Part I’, released via Triple Denim on 2nd June. This is a band who doesn’t take themselves too seriously, without losing their raw and yet crystal clear quality sound…

Hi Bad Mannequins how are you today?

We’ve had a few late ones in the studio this week so probably a combination of dazed and confused.

I guess we could never have anyone telling us what to do! Music has a freedom and independence that you can’t get anywhere else.

Tell us about your forthcoming EP ‘Deny Til U Die Part I’.

This is the first of three EPs we’ll be releasing this year. One theme that runs through the songs is being yourself and not changing who are to please anyone else. They’re mostly about societal misfits and I guess they’re semi-autobiographical too. Some people want to put you in a little box and tell you what to say and do, which is bullshit. The moment you realise that, life becomes much simpler. 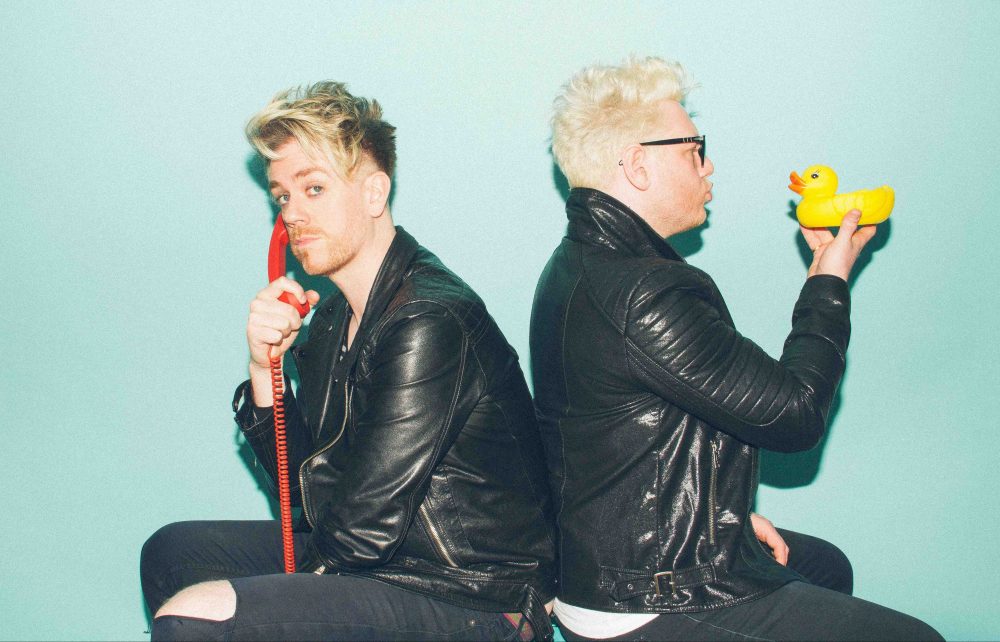 The up-tempo and aggressive nature of the songs is counterbalanced by our tongue-in- cheek lyrics so things don’t ever get too serious.

What was the writing process like and how does it develop between the two members?

Our latest song was a good example of the process… We had been talking about coming up with some titles as jumping off points for new songs. Jamie came up with a cracker and I started playing a desperately uncool riff which weirdly sounded very cool once the drums kicked in over the top. We ended up with a Ramones/Runaways/Status Quo mash up, which sounds terrible on paper but is probably the song we’re most buzzed about right now.

What was the idea behind doing a trilogy of EP’s?

We know a lot of bands and we’ve observed a few patterns with how music is released by independent artists. Making an album is great but releasing it only gives you one bump of attention from your audience. We have 12 songs recorded that would make a great album but we figured that if we grouped them into 3 EPs and released a single from each of them then we would potentially have 6 release dates throughout the year and therefore 6 “attention bumps” to get in front of our audience. It’s not something we’d seen done in this particular way before. Music runs on fluid attention now and if you don’t have a label, this is the best way for us to keep that attention.

What inspired you the most growing up on the Glasgow music scene?

Growing up in Glasgow, you’re very aware of how many huge bands have come from here. It makes you feel like it’s possible to make your own music and succeed. The number of gigs on any one night in Glasgow is unbelievable. What’s even more unbelievable is the level of quality.

Glasgow is a deep pool of talent and it’s pretty hard to tread water here unless you really go for it 100%. It seems like there’s always a new band popping up with great tunes and that keeps you sharp. We want our songs and our performances to stand up in this city.

It’s quite a competitive environment with loads of great bands. Who would you say is worth keeping an eye out for?

There are so many bands we know, all doing different genres of music. On the indie side LUCIA is making some really cool stuff at the moment and I reckon she’ll break out in a big way later this year. Rock band Saint PHNX are making huge tunes that are already hitting millions of streams on Spotify, despite being unsigned. On the electro scene, KVASIR made all the “one to watch” lists of 2017 up here so we’re expecting to see more from him.

That’s tough… (Ross) I learned to play guitar and bass as a kid by recording Thin Lizzy tunes in my bedroom. Phil Lynott has always been a hero, amazing bass, great vocals and huge stage presence. I would happily play anything in that band. Tony Visconti producing them is an added bonus. Also any chance to play with David Bowie would have been a dream come true.
(Jamie) I grew up watching Frank Zappa “Does Humour Belong In Music” at least once a week, trying to learn it all. To play in that band for that gig would be insane.

We’re still at the beginning so we’re finding our way but for a two-piece band, we make a huge sound. We don’t’ have a traditional set up with vocals at the front and drums at the back. We like to set up side by side and front the band together. To give us the low end, the guitar has a special pick up we got from a kickstarter campaign in California. It sends an octave signal from the E and A string to a Bass Rig and we split the normal guitar signal across two amps. We both sing and it’s really high energy in addition to the high volume. The result is a wall of sound coming off the stage.

What can we expect from Bad Mannequins throughout the rest of 2017?

We’ll be releasing our debut EP “Deny Til U Die – Part I” this month and then Parts II & III later in the year. We’re setting up tour dates in support of those releases. This year is basically setting up the band and trying to build our audience. We want to get people talking about us and listening to our music, once that’s happening, you won’t be able to get rid of us.