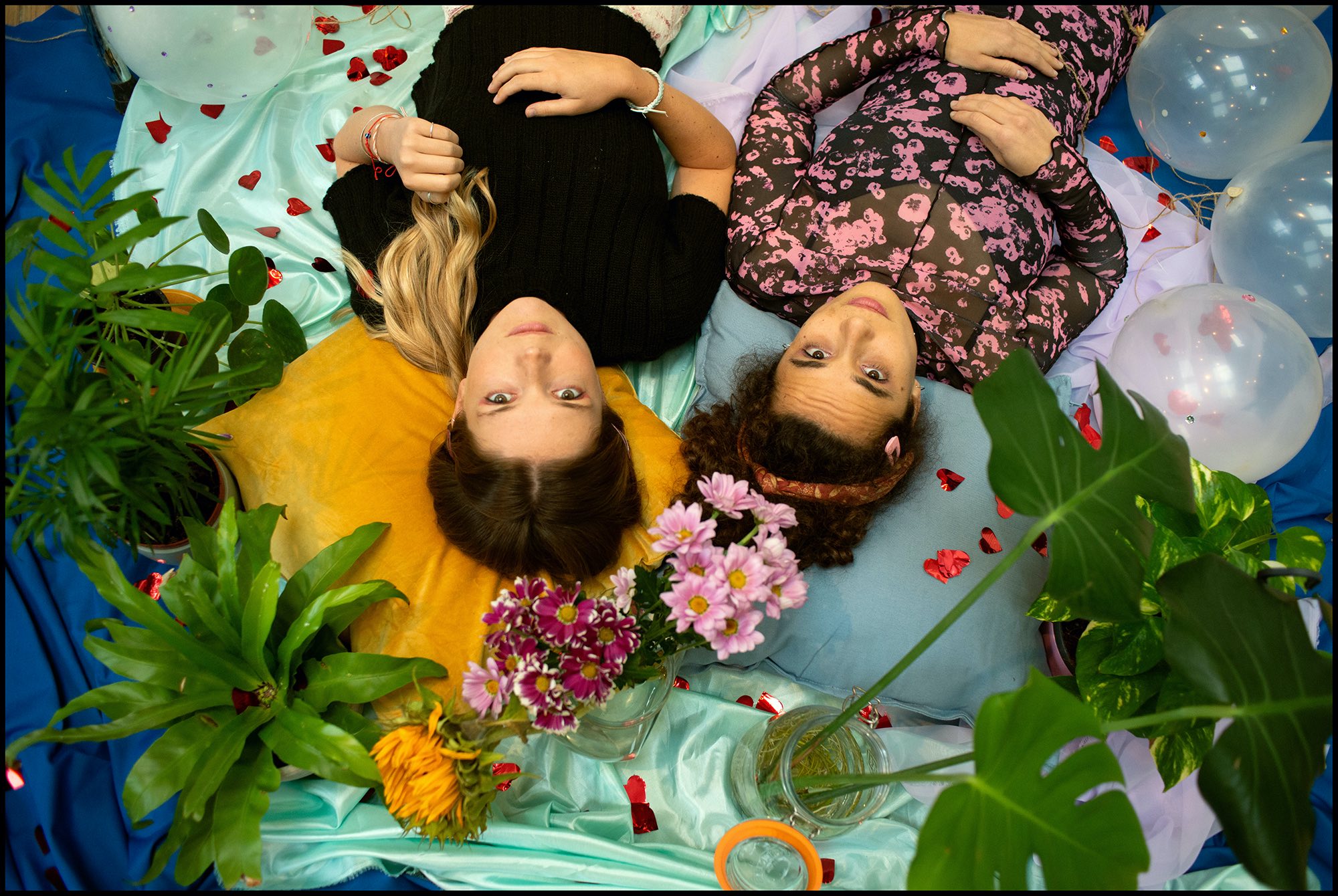 London pop duo Bad Honey are today releasing their brand new single Circles, and we’ve got the premiere of it for you to soak up. Designed to ease your mood with their drifting melodies and softly cascading vocals, the girls follow on from past sound Easily with this dreamy delight.
Having attracted praise from BBC Introducing, 1xtra, Radio 6 and Radio X, Bad Honey have played at the likes of Love Supreme 2019, Village Underground and The Jazz Cafe.

They summarise the mood behind the lo-fi Circles, explaining “It’s about being in a relationship where both people are fighting their own battles, and finding strength in supporting each other. It’s a positive way of saying ‘I’ve got you and you’ve got me and not allowing things to go round in a vicious circle where problems are ignored and the situation gets worse. We wanted to create some cyclic motion within the music as well, so we did this via the looping arpeggiated synth in the verses, and the layered backing vocal lines in the choruses which create a canon-like effect. We worked on this song with our friend Geo who we produced it with.” Listen and enjoy below.