As the first signs of Spring start to thaw the persistent Winter, Fun Lovin Criminals get set to release the second single off their come back album; the blue-sky, loved-up, barbecue brilliance that is Mister Sun. According to Frank it is a beautiful summer song. Mojito’s on the beach, it’s gonna make girls wiggle and smile. 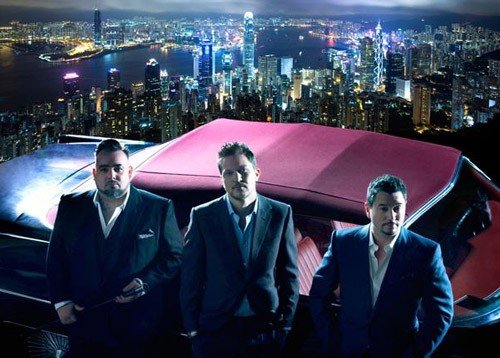 2010 sees the multi platinum funk soul brothers, with 4 Top 10 albums to their name, return for the first time in five years, with the first party album of the decade, featuring collaborations with Roots Manuva and Paul Kaye. Classic Fantastic, which was released on 1st March, burst out of the preceding gloom like a glorious sunrise shooting infinite rays over a range of shadowy mountains, as spectacularly life-affirming as the last five years have been creatively death-defying for them.

During their five-year hiatus, which was due to an acrimonious legal battle with their first manager who they fired in 2003, the three brothers Crim found other creative outlets, amongst other things Fast has forged a successful DJing career and Frank has been writing children’s books whilst Huey is rapidly becoming one of the UK’s most charismatic TV and radio personalities. 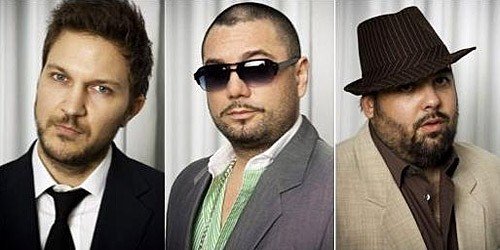 He hosts award-winning The Huey Show on BBC6 Radio in London, whilst on MTV he presents a boy racer series called Slips and is currently launching a brand new, prime time entertainment series on Sky 1 with Liza Tarbuck called Pet Nation.

Formed in New York in 1993, FLC gate-crashed the euphoric Britpop party in 1996 and brought along some unexpectedly unique swag, the generational classic album Come Find Yourself which gave us the cackling refrain stick em up punk, it’s the Fun Lovin Criminal and the Pulp Fiction sampling Scooby Snacks. The mid-to late 90s was a twirling martini cocktail of world travel, acclaim and phenomenal album sales.

The band has embarked on this new chapter with a new philosophy. There’s this thing called Noetics, explains Huey. Which says if everybody thinks the same good thoughts, good things will happen. Likewise, negative thoughts – it’s not rocket science. And we all want the same thing, to be a Fun Lovin Criminal. You have to go through hell to get to heaven and now we’re finally out from under a lot of our problems, it’s a brand new day. So let’s go out and do what we love to do.
Fun Lovin Criminals have just announced that they will be playing the Shepherds Bush Empire on 17th September. For more information go to www.funlovincriminals.tv
FUN LOVIN CRIMINALS
Single Release: Mister Sun
Label: Kilohertz Records
Released: 26th April 2010