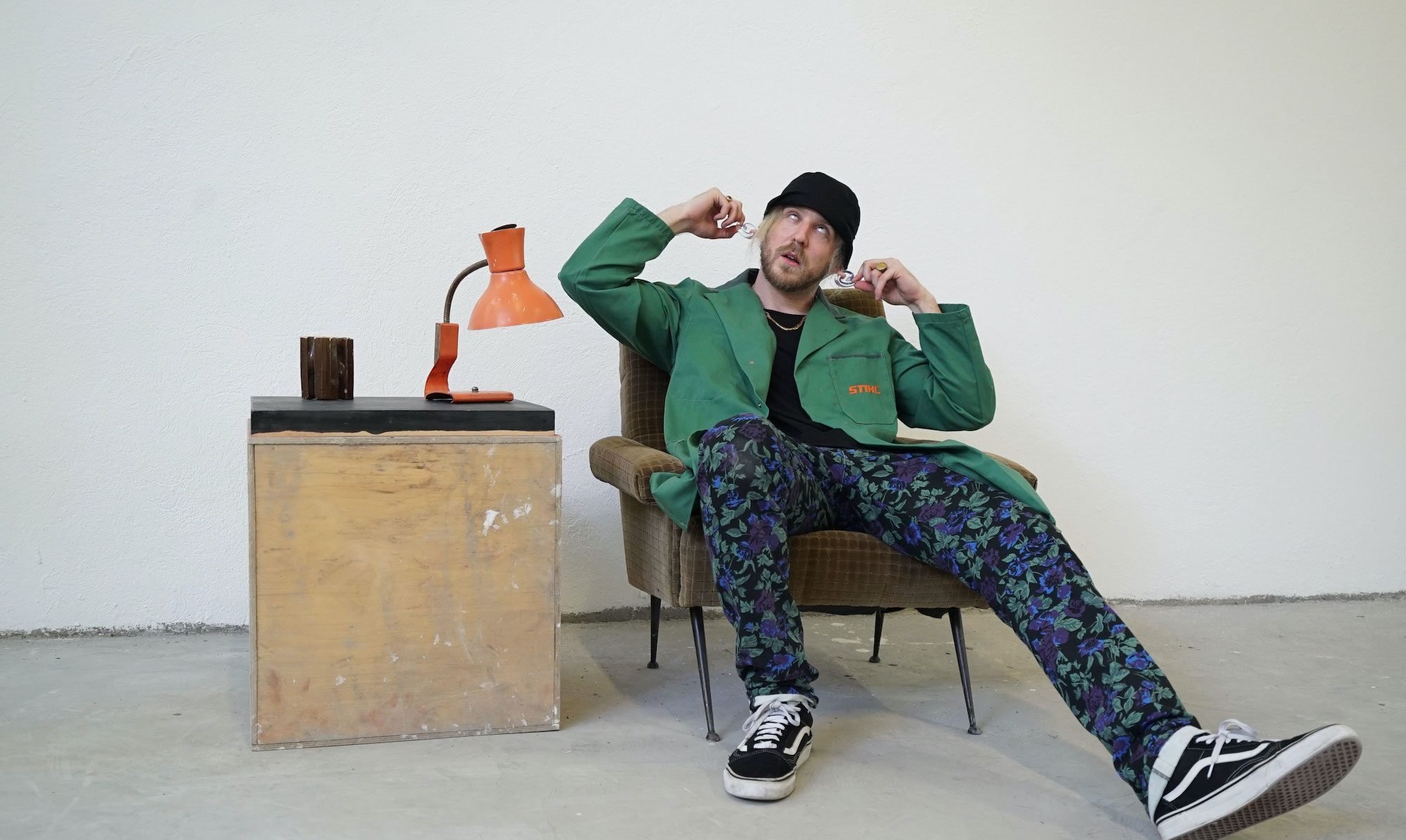 The track is taken from his debut album Wait which he dropped earlier this year, infact it’s one of the album’s highlights and showcases his mix of melodic US Trap and kaleidoscope of differing UK and US rap flows.
Known for his flair with the visual representation of his music, this offering was shot in London and directed by Jaden Sepulveda. AyHay finds himself surrounded by used London telephone booths in a storage yard for the iconic boxes – and performing his bars in amongst them adds to theme of the track, as AyHay implores hatters to not hit his line!

He says: “The red telephone boxes are a British cultural icon, so they represent where I’m from and the restoration site is a visual representation of the song. These boxes have hosted countless conversations in the past and now they all lay here silent.”

AyHay clearly has some fun with his music which is actually quite refreshing, Don’t Hit My Line and the album  Wait are brave offerings full of diverse flows, witty bars (that can range from the deeply real to the completely absurd), trap beats and catchy hooks. Dropped on somewhat on a whim during lockdown, the album represents a new chapter for the artist who has once again teamed up with Columbus (Ohio) producer SLeh, with help from featured artists VI Seconds, Kryciz, Charlotte Terry and Festo K.

AyHay first forged a name for himself in the hip hop scene after he featured in a TEAMBACKPACK cypher, showcasing his bars to US crowds whilst on tour. Other rappers to have graced the TEAMBACKPACK platform include; CyHi The Prince (Kanye West’s G.O.O.D label) and Joell Ortiz (Slaughterhouse and Eminem’s Shady Records).

Before dropping Wait he dropped a jaw dropping music video for ‘OMG’ – this self-directed video was shot in Bangkok in the abandoned ‘Ghost Tower’ and is well worth a watch as well!