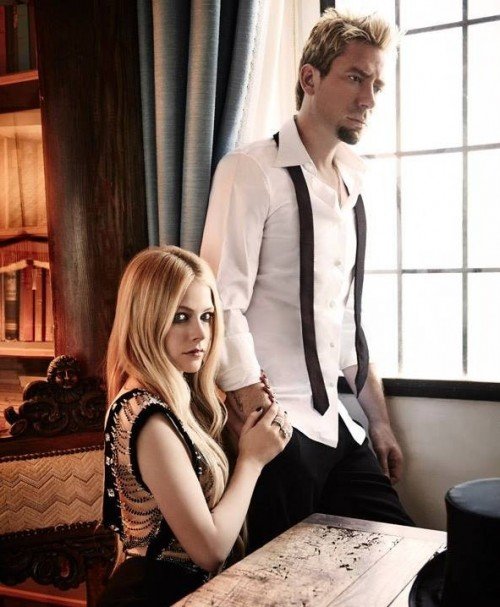 Co-produced by Lavigne, Chad Kroeger, Martin Johnson and David Hodges, ‘Avril Lavigne’ came together in the spring of 2012 and was recorded over the past year at Henson Studios.

Just recently married in July, the two musicians have been separated for the last two weeks as he’s been on tour in South America and she has been busy promoting her new album in Los Angeles.

Avril told ‘The Lowdown with Diana Madison’: “Well, we’ve only been apart for 10 days and … the best birthday present by far is getting to be with him and see him.”

“We actually have spent the majority of our relationship, like, all of our time, together.”

AVRIL LAVIGNE OPENS UP ABOUT BABIES AND CHAD KROEGER: “THE BEST BIRTHDAY PRESENT BY FAR”