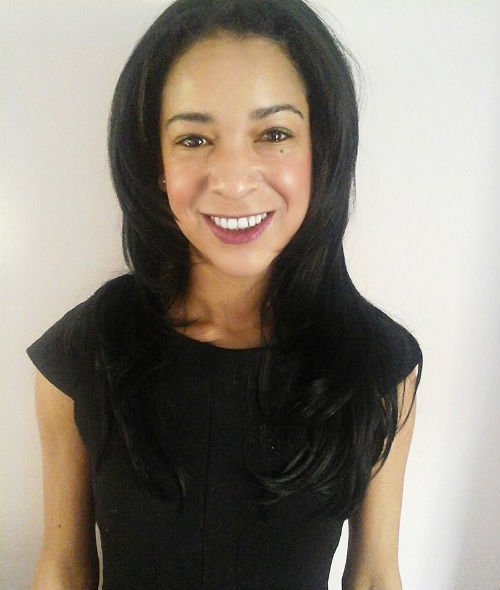 AUTHOR Jayne Olorunda has revealed how the stress and trauma of growing up knowing her father was murdered caused her to suffer from eating disorders from her childhood well into twenties.

Jayne, 34, from Belfast released Legacy, the tragic story of how her father, Nigerian born, Max Olorunda was killed by an IRA incendiary bomb which detonated prematurely in Dunmurry aboard a train from Ballymena to Belfast in January 1980 late last year.

However, Irish publishers Maverick immediately signed Jayne and this week the book was released worldwide on all digital platforms. 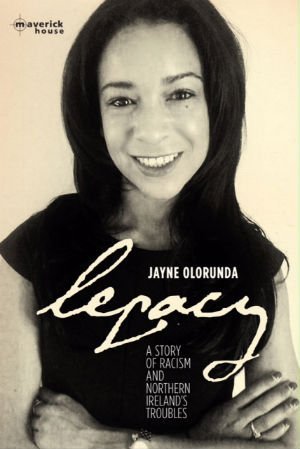 Legacy tells the story of how her family lived with and continue to live with the aftermath of her father’s tragic death when she was just two years old..
Since Max’s murder Jayne and her family have been forced to overcome the devastating effects of losing an innocent loved one while struggling to battle racism, poverty and grief.

But for Jayne an obsession with her weight would turn out to be her coping mechanism for much of her life.

She explained: “I believe the eating disorders began when I was around 11.
“I remember when my abnormal eating patterns began to get noticed. I had thought I had hid my new slim-lined self well, obviously not well enough.

“As I got older I started to wear baggy tee-shirts and jeans but they failed to conceal the bones that poked through my skin. I was skeletal. “My Mum and sisters were constantly ranting and wailing at me. One day they would be cross, the next sympathetic but on all days they tried to make me eat.“In mind I would think ‘Let them try, no one will be around long enough to see if I ate anyway’.”

Jayne used controlling her diet, weight and body as a way of feeling in control of her chaotic life.

As a teenager she took on a lot of responsibility in the family from making dinner and cleaning to ensuring the bills were paid.
However, eventually her extreme dieting, refusal to eat and making herself sick took it’s toll. Finally, aged XX she collapsed.

It was eventually confirmed that Jayne had developed both anorexia and bulimia which she describes in her book as “a lethal combination that I would carry with me into early adulthood”.

She added: “Any time the going got tough from that point on my eating patterns became peculiar. Some of my teenage years were spent avoiding everything to do with food. Mum had misery and I had my eating disorder, everyone had their coping mechanisms I would reason that mine was just more noticeable than others.”
During this time Jayne’s mum Gabrielle had deteriorating health due to undiagnosed Post Traumatic Stress. 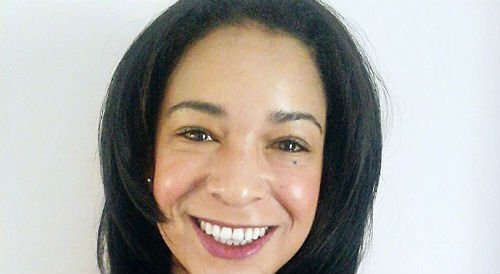 Jayne said: “Mum tells me that she was so desperate for me to get well that she began praying again, she would pray to my Dad imploring him to help. She knew she needed to spend time with me but she also needed to work if we were to have a roof over our heads.

“I was taken to the Mater hospitals A&E after a further collapse; they could do little but recommended some sort of counselling. Mum remembers leaving the hospital that day feeling totally useless.

“She blamed herself she spent what little free time she had monitoring me and gradually I gained weight, although even now I can say that I never fully recovered.”

For Jayne feeling in control of her life by controlling her weight continued right up until she began to deal with the issues head on in her late twenties and early thirties.

“The feelings and the old way of using food to mask whatever predicament I was in would surface in times of stress” she explained, adding: “If I concentrated on dieting, on my weight then everything else became secondary. In a perverse way it helped.

“It made the outside world less immediate and as such I found myself able to cope with any situation. Racism, poverty, the troubles, Mum’s illness and everything negative that had ever happened all became manageable. After all I had something much more important to consume me.

“More important than my hated of myself, my muddled identity and my fear of where life was taking us was my fear of fat. In my mid-twenties when we were again plunged into disorder as a family, I reached five stone and thought I was too fat.

“I felt so ill, I was dizzy, I was unsteady on my feet, my heart pounded constantly even in times of inactivity and I had a constant headache. Yet to me all of these symptoms were easier to face than what had spawned them.

“I was in my thirties when I was able to finally face up to my warped eating habits, when I became comfortable with food and when I could sit back and realise that my eating disorder was my way of coping.”

“I am angry that the disorder ever took hold of me and I worry that if it hadn’t would I be facing severe mental illness now. I often wonder if what nearly killed me, in some way saved me. No help existed for families like mine, in its absence I believe I had to try and forget, to live in the moment and evade the past.

“Bulimia made me concentrate on the here and now, for a long time it made me blot out the world that surrounded me.”

Last month Jayne stood for election for NI21 but left the party following her disillusionment with them. Earlier this week she announced she had joined the Alliance party but stressed she was now taking politics “slowly” after her baptism of fire.

Legacy by Jayne Olorunda is available on digital format including eBook and Kindle.