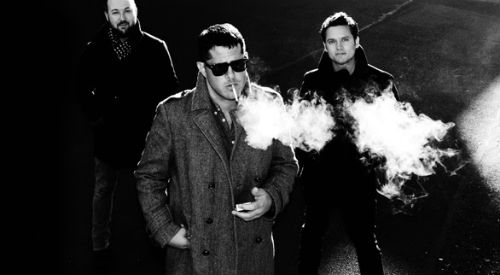 The Brooklyn trio formerly known as We Are Augustines return with their highly anticipated self-titled album ‘Augustines’ co-produced by Peter Katis) and set for release on February 3rd 2014 via Votiv/Caroline International.

After selling out The Lexington show in just four minutes last week, Augustines announce that they will return to the UK on April 14th for a headline show at Koko in Camden, London as part of their ‘Walkabout Tour’ in 2014. 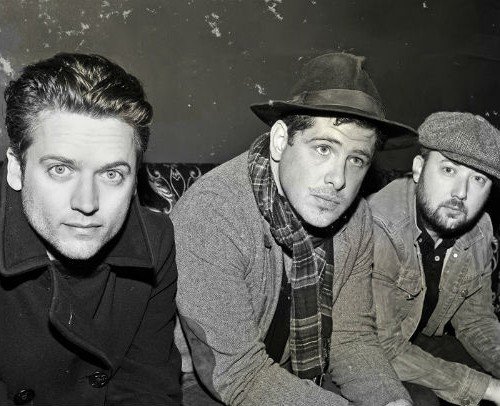 Multi-instrumentalist Eric Sanderson adds: “We travelled the world searching for what really matters in life and looked for new goals, and like most things in life we found that the most important thing was right in front of our faces. People. Interacting with people, inspiring them and being inspired by them is all that matters in life, so we built this record with other people in mind. “

The journey is a never ending road for this band. Following their world tour, McCarthy embarked on an extended expedition that took him to Kenya, Turkey, Mexico, and Alaska on his trusty motorbike. He also drifted back to the Applegate elementary school in California, the very first place where he learned to play an instrument. 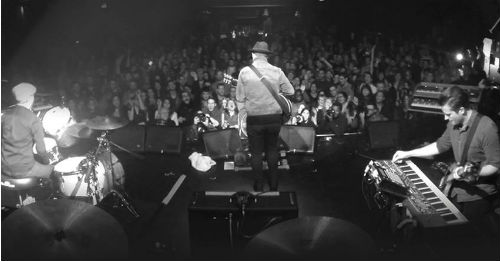 “I wanted to go back to the most stripped down form,” he says, “to when and where music first touched me. It was very soothing, having been at this for twelve years, to limp back to this small town grade school.”

Meanwhile, Sanderson and British drummer Rob Allen worked on demos of their own, each still abuzz with ideas and experiences garnered on the infinite tour. In late November 2012, Augustines reconvened for a month of rehearsing and recording at Temperamental Recordings, a converted 19th century country church in Geneseo, New York.

“It was like a music factory,” Allen says. “You could just feel the creativity oozing. We’d been playing basically the same set for two years so it was just like an overflow of ideas, like lava from a volcano.”

Where their first record was created in relative isolation, ‘Augustines’ was made “with the awareness that we weren’t going to be alone anymore,” says McCarthy. “This is us handing it over to those people that sang our songs back to us all over the world.”


Pre-order the new album on iTunes