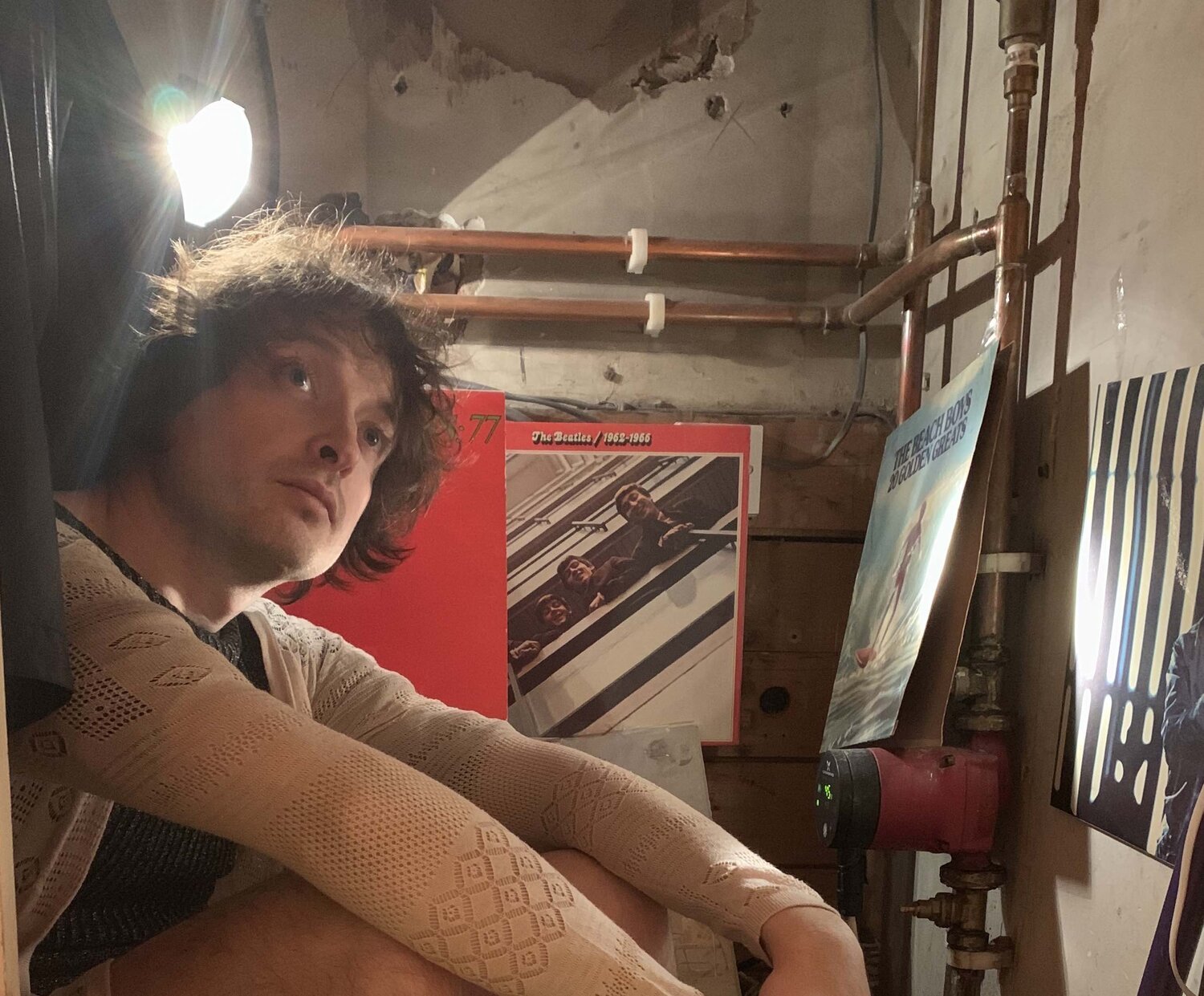 Hi Kev how are you? Your new single Wasted Days has just been released, can you tell us the themes contained within the song?

I think this applies to all creativity (at least my own, whether I’m writing, songs, comics or books) – it’s all about getting your mind into a state of play, of fun, of messing around with ideas, noodling, until something seems to click and comes alive in front of your eyes, almost by itself.  People probably think of it as this mystical experience when in actual fact it’s far more ludicrous. You just open your mouth and hope something good comes out.

I always think that in our work-driven culture, the importance of ‘play’ has been lost, and yet play is where the real magic of life happens.There is a quote attributed to Einstein which I think sums up the importance of playing with ideas. “Creativity is intelligence having fun.” I think most people can understand that sentiment in any walk of life. The creative process isn’t much different to having a conversation, where you improvise and create your responses to the other person, almost without thinking about it. You don’t overthink.. you just ‘do.’ If you tried to overthink your responses in every conversation you’d end up insane. (hmmm, maybe that’s why so many musicians go a bit loopy? I just thought of that!

As someone who has been in the industry for a while, also taking up singing duties in Attic Lights, what impact do modern artists have on your sound?

I still consider myself more of a music fan than a musician. I’m always interested in what is new and interesting. Everything I hear that I like makes me want to record a new song. I’m one of those annoying guys who just won’t shut up about the new band I’m into and get SO DAMNED EXCITED IT’S ALL I WANT TO TALK ABOUT FOREVER!!!! (Like FONTAINES DC for example, who I am utterly obsessed with and who fill me with a furious ecstasy the likes of which I find it hard to describe in words.) Modern artists who I really like are people like Courtney Barnett, Rolling Blackouts Coastal Fever and Alvvays, who have taken these classic indie templates and imprinted their own unique personalities across them. I find that quite inspiring. The more idiosyncratic or personal the sound, the more I’m drawn to it.

Any emerging artists you would recommend?

Some cool new acts from my hometown that I’d recommend checking out would be Domiciles, Spinning Coin and Irma Vep. Glasgow has always been a hotbed of diverse and eccentric sounding alternative music.

How has the music industry changed since you began performing?

It has changed completely. When Attic Lights got signed in 2008, we were told that we would probably be the last indie guitar band to sign such a big deal with a major label. And lo, it has come to pass. Social media was in it’s infancy then, and now it is the most important weapon at your disposal. The money (well, the ‘big money’ anyway) has dropped out of the industry for alternative guitar-based music certainly. So it’s just as well that most of us would do it for nothing. (Shit, maybe don’t tell the record industry that!)
The democratisation has been fantastic though. I gave a lecture at a music college a few years ago and talked about how musicians/artists now have to learn to be every role in the industry. We need to write, perform, self-record, self-promote, self-finance in some cases, self-release. All these jobs bar the first two (writing and performing) were done by other people back in the day. The positive side is that it is all in our own hands now.

The Best of Motown: Various Artists –  when you’ve just got to dance

Doolittle: Pixies – when you’re feeling kind of crazy and want to tattoo your tit, debase yourself and scream at the heavens.

That’s a hard one to answer given that thanks to streaming services, most people have incredibly varied musical tastes. While I come from a real alternative lo-fi musical background, I’m still just a pop kid at heart. I write catchy melodies that aspire to a sort of ‘universal classic songwriting’ vibe. (At least, that’s what I tell myself!

As to where I sit? There’s a thriving indie pop underground scene where bands like Parquet Courts, Soccer Mommy, Snail Mail etc… all have millions of listeners but operate below the boring-ass mainstream of guitar music. If I can slot in there, I’d be quite happy.

For those who haven’t seen you play live, what can people expect from a live Kev Sherry performance?

A slightly deranged, goon-faced, grinning idiot back by a kick-ass live band called ‘Low Fruit’ who are the real professionals in the set-up, doing their best to keep me on track and sounding good as I bounce around, jump into the audience and generally try to have a party every night

We had a ton of gigs and festivals lined up but what with the entire planet shutting down in the face of a global pandemic it is hard to predict at the minute. Like everyone else we will be concentrating on live streaming gigs – although hopefully with a bit more originality than just sitting in front of a camera and crooning a song. I’ll also be working on some more comics (my first one is being released globally early next year) so I’ve got plenty to keep me busy. I’m also (slowly) learning how to speak Swahili, so maybe 2020 is the year I’ll actually get myself a second language…