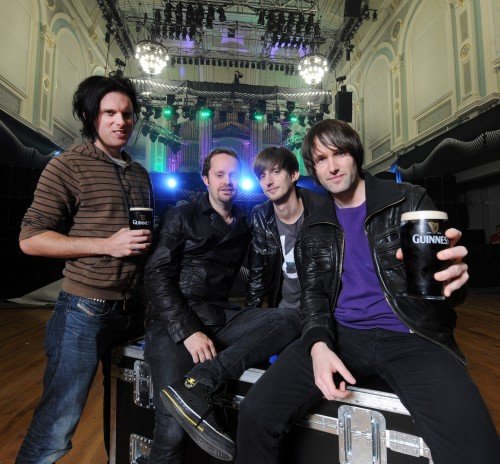 Thursday 22nd September, millions of people from all around the globe came together to celebrate the life and legacy of Arthur Guinness by raising a toast ‘To Arthur’ in honour of the man who gave Guinness to the world.

Guinness fans across the island of Ireland, welcomed a host of top international acts including Kelis, The Stereophonics, Scissor Sisters, Calvin Harris, The Saturdays and Paolo Nutini as well as home-grown talent Ash and Cashier No.9, who took to the stage in music hubs in Belfast, Dublin, Cork and Limerick followed by a surprise intimate pub gig by each of the acts.

Just off the stage in The Ulster Hall DJ Fresh said: “Wow – the atmosphere in Belfast was amazing and everyone here is helping to raise money for a great cause – the Arthur Guinness Fund…which is a real feel good factor too.” 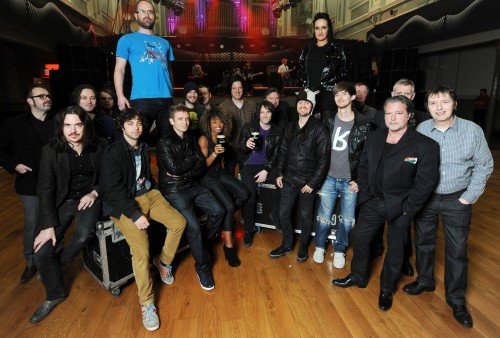 BELFAST, NORTHERN IRELAND – SEPTEMBER 22 2011: Ash, Horslips, The Enemy, DJ Fresh and Cashier No9 lead Guinness fans in a toast To Arthur for the 2011 Arthur’s Day Celebration held at the Ulster Hall in Belfast.

Horslips, who played in the Ulster Hall and an intimate pub gig in The Cloth Ear, added: “This was a very special night for us as it’s the first time that the original line up has performed together since 1980. It was great to make our return in front of a home-crowd and as part of the Arthur’s Day celebrations.”

Surprise pub performances by time of release included The Enemy at The Empire Music Hall.

Now in its third year, the day was marked by a series of high profile events and celebrations in over 2,000 pubs across the island of Ireland and in 40 countries around the world including Italy, Germany, Spain, Malaysia and Australia to honour the remarkable life and legacy of Arthur Guinness – the legendary philanthropist and founder of Guinness.