THE wife of a Belfast punk legend is to launch her Celebrity Paintings Exhibition at one of her husband’s gigs this month. 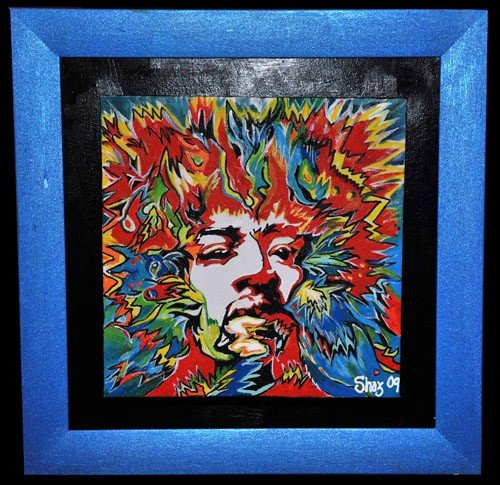 Dolly Murd, who’s been married to The Defects frontman Buck for 24 years this year, is to exhibit her celebrity inspired work at a bar in the city before the band head off on their UK tour.

And for Dolly it’s a nervous time as she hadn’t painted in 18 years before beginning an art course last year.

She revealed: I’ve always loved art, ever since I was in primary school but I stopped painting when I finished my A-Levels.

“I love painting famous people and celebrities, especially the stars of the punk scene and some of the best musicians who have ever lived.

There’s one wall in our house that’s just dead men.

My favourite person to paint has to be Sid Vicious but I think the best one I’ve ever painted was Joe Strummer who has gone to a good home.” 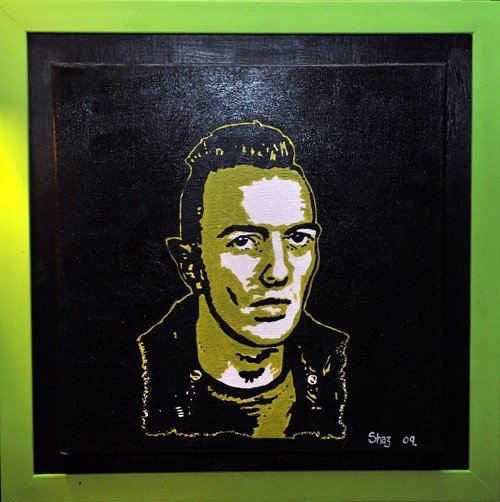 “In some ways I’m nervous but also excited about the exhibition, it’s a chance for people to see what I can do and I’ve been getting good feedback online so hopefully it will be the same on the night.”

At the minute painting for Dolly is just a hobby but as she gets more and more requests via Facebook for specific commissions she is hoping to be able to keep up with the requests.

Away from the painting Dolly is mum to two boys Eddy (21) and Tommy (18) and also looks after all the merchandise for Buck’s two bands The Defects and Doghouse.

Dolly admits working with her husband is easy as they’ve been best friends for 34 years since they met as teenagers so having her exhibition on the same night as the launch of their UK tour was an obvious choice. 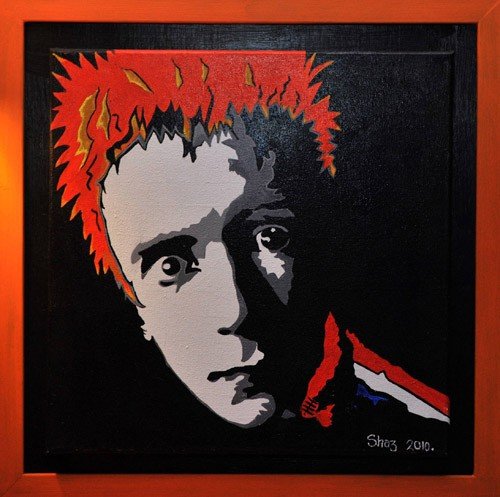 She added: I think there will be a good crowd coming down to see the band and the paintings because we’ve invited the world. All the friends of The Defects are also good friends of mine, we go together like peas and carrots as Forest Gump would say.

Being married to the frontman of The Defects has been my life all these years so I don’t really know anything else.

It’s been a great journey and of course we’ve enjoyed many mad tours and parties. Anyone who knows Buck, knows me too.

I’m looking forward to the festivals this year especially Rebellion in Blackpool and it’s sister festival in Amsterdam.