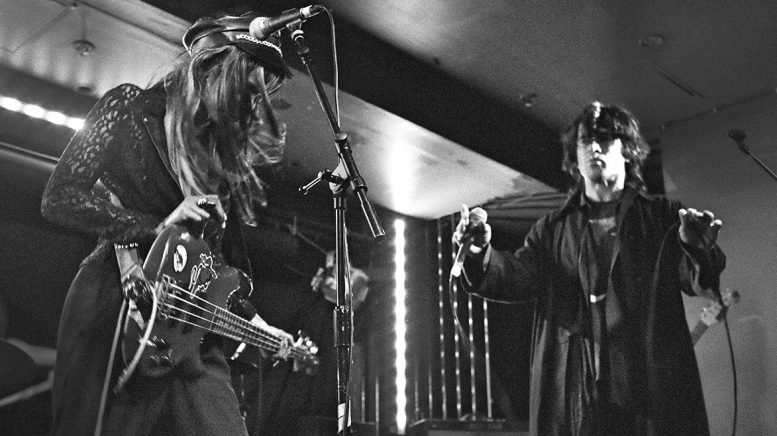 After the release of their explosive track ‘Beast’, out on December 9th via Tape Records, exciting London art-rockers Arrows Of Love, unveil frontman Nima Teranchi’s rather intense and touching tribute to “the greatest poet of our lifetime”, with a splendid cover of Leonard Cohen’s ‘Famous Blue Raincoat’.

Nima explains… “On the night of his death I got a message from a friend I hadn’t seen for years, which simply said…One of my strongest mental images of you is you on your bed on the floor reading a book of Leonard Cohen poetry… by the way…

What can one say about Leonard Cohen? How can one word say anything that isn’t already described better by the wordless sensation in the hearts of the many who loved him? To say he was one of the greatest poets of our lifetime, which would be a great accolade for some, is not enough. As true as it is.

To talk about how he could paint whole chapters with eight or nine words, and even take you to the point of experiencing years of someone else’s life across a few sentences…feels trite.

And I think that’s because with Leonard Cohen’s death, which comes at a time where we are surrounded by such depravity, it is hard to shift the sensation that this is not just the death of a
great man, but the death of an Age; An age of beauty, of hope and humanity, which we will not see the like of again.

When we mourn for Leonard Cohen we are, in part, mourning for ourselves.

His words breached the gap between song and listener to transmit that humanity into us, and his bold truths held a mirror up, to the ugliness of the ones like us, in a way that helped us see, understand and accept our beauty.

As word spread of his passing, i noticed the sensation in my own heart, and, for a moment, could almost see the web of hearts across our globe, dripping with that same sensation.

It is a fitting poetry, like the last great work of a man whose timing was always part of his power, that even in his death, which comes when we are so engulfed by fragmentation, fear, and anger, he has managed once again to remind us how to feel something pure, human.”