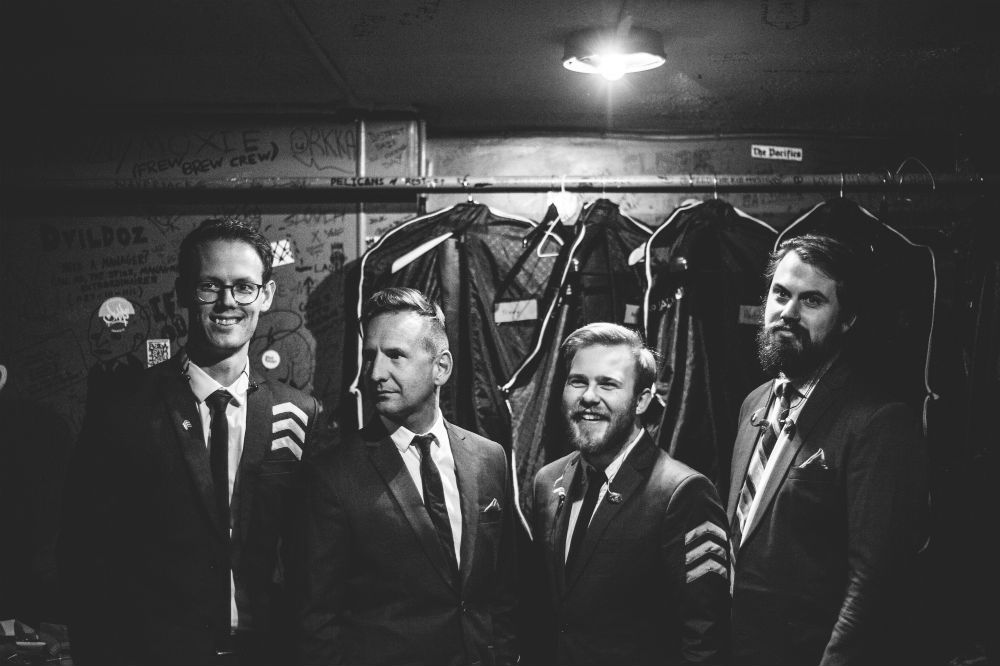 Army Of Bones – Martin Smith, Jonny Bird, Reuben Harsant and Steve Evans – create songs of hope infused with doubt. Their self-titled debut album, produced by Gethin Pearson, is due for release on 6th March via Bones Music Group. Army Of Bones want us to rise up and realise how vital we all really are…This is ‘Don’t Be Long’.

Hello Army of Bones – who are you and were are you from?

We’re Army of Bones from Brighton. I guess, we’re a band who are just about to drop our debut album and then hit the road this year

Tell us about your single ‘Don’t Be Long’?

‘Don’t Be Long’ is a track that we’re really proud of. It’s a stadium rock song with roaring guitars. Kinda influenced by bands like the war on drugs, kings of leon and foals.

What are the themes and ideas behind your forthcoming self-titled debut album?

I guess the overriding theme of the album is about love and fighting to keep love alive. It’s infused with tracks of hope and faith which will hopefully connect with people at their core. The music talks about real life issues and points people to something of hope.

We have all kinds of musical influences from Brandon Flowers to Nine Inch Nails to The War on Drugs. We’ve drawn inspiration on influence from our wives, kids and our faith in God.

What are your plans after the album?

To get in front of people and play the music. We love gigging, it’s where we feel most alive.

Tell us a secret about yourselves?

When we’re on the road, we spend most of our down time playing Dobble. We’re addicts to that game.

If you could play any festival in the world, which would it be and why?

Glastonbury – it’s the best festival in the world. It would be an absolute dream to play there.

Finally, if the band could have dinner with any other artist (past or present), who would it be and what would you ask them?

hmm, this is the hardest question and the answer would change if you asked someone else in the band. But for me it would be Bono, I love his music and have always been inspired by U2. I’m not sure what I’d ask him, I’d just wanna hang out.