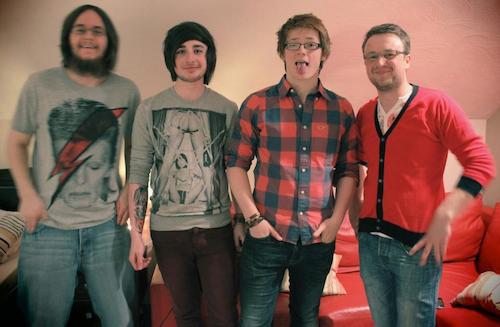 ARMAGH based band Foreign Affairs are hoping to dispel the myths surrounding the pop/punk genre on their forthcoming tour.

The band, who say they are unashamedly pop with a pop edge, may be fairly new to the scene but already they’re proving to be a hard working band.

Lead guitarist Ethan Williamson said: “Pop punk can be cliché, it can be the same three chords over, it can be all chorus the rest filler. We set out to try and give pop punk a different angle. To give all the heart that the genre deserves and adding our own spin on the sound.”

In their first year Foreign Affairs have been busy; Ethan, Ben Martin (bass and backing vocals), Matt Irwin (rhythm guitar and vocals) and Martin Miller (drums and percussion); have written and are now recording their debut album Signal Fire, due out at the end of the year. 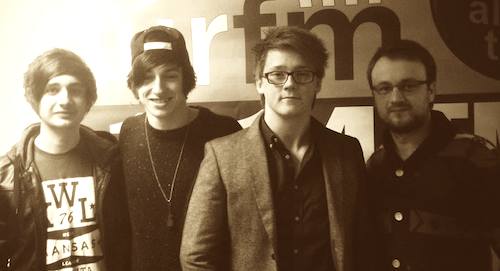 “We believe there should be no half measures when making music and we go all out on creating the best music we possibly can which hopefully people will enjoy and indulge themselves into. All ends of music today may be generic and the same but we drive to bring back the passion in music and rock as hard as we can in the process.

Speaking of the record Ethan explained: “Our songs vary from the generic pop punk sound and focus on heart, drive and passion for the genre with every song having a meaning that comes from real life experiences and real life issues.

“Houston was originally like a testament that people aren’t alone and that although times get tough the fighting will be worth it cause you’ll win the war. It’s kind of in the first person for parts. It’s also dedicated to my friend who passed in November past. Different life is about a situation happening and recurring no matter what and adjusting to the fact that it has to be that way. For example if you put it in context of a relationship and you realise it just won’t last forever.”

The band have a series of gigs lined up throughout Northern Ireland and are set to hit Galway and Dublin before the summer.