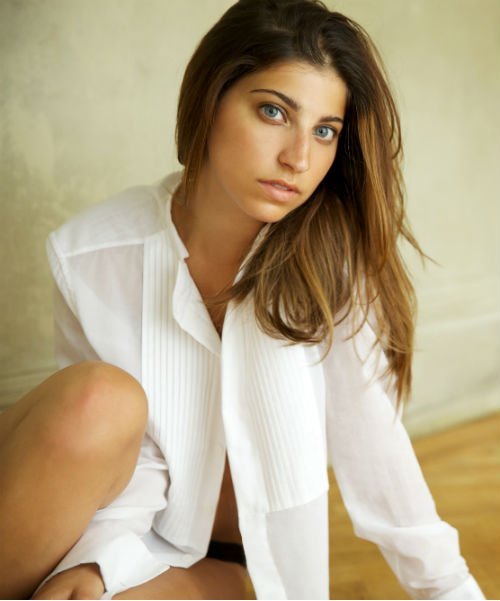 Native New Yorker Ariana is a songstress with clear thoughts on where she wants to be in the music world and has a clear idea of what she has to do to get there.

This is a lady who has been described as a cross between Barbara Streisand and Lady Gaga and we can see why when we give one of her tracks a listen to.

What we have here is also a female performer who embraces pop, fashion and much more. All of which add a great amount to her character and help draw fans in to her world.

Which is why we at Fame were very eager to grab a few words with this talented artist.

Let’s start by asking you about how you got into the business and how the band took form?

I started doing musical theater in NYC when I was about 12 years old and continued acting and auditioning ever since. I worked through high school, doing off Broadway, commercials, TV and Film and eventually went to NYU Tisch School of the Arts as a drama major. I play piano, so I always wrote music on the side for the fun of it.

I worked with some producers, just experimenting with songs and my writing, and eventually sort of fell into a couple of great opportunities. I sang and wrote the melody for a dance song for a record that was to be distributed by an imprint of Universal Records.

I was also lucky enough to have great people help me out and put me in touch with great writers, so I could do co-writing sessions and hone my writing skills.

When I graduated NYU I decided to put a band together and start performing live music around New York and since then the live show has grown with the recordings I’ve been doing in the studio. The band plays everything live; we have two synths, drums, bass, guitar and me on vocals.

So it only felt natural that the name of the project should have a band name. 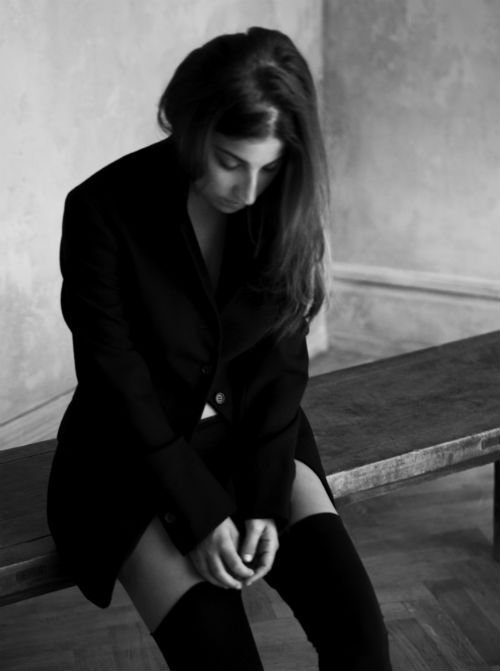 Did you tackle the local pub and club scene as you grew as a band. Have you any fun stories you can tell us?

I guess I answered this questions a bit in my last answer. We’ve definitely played all over, from a basement just outside of Boston to the Whisky A Go Go in LA to the Gramercy Theater in NY, and now we’ve played all over London – which has been really exciting.

We haven’t had too many disasters yet, but we did play a show where we were told it was a club and we showed up and it was basically a coffee house with a bar and there was a guy playing with just an acoustic guitar. It was so so small and we had showed up full band, drum kit, synths, the whole thing.

Everyone was really relaxed and just hanging out, we thought “oh no, we’re going to blow the walls off this place if we play our set.” So that’s exactly what we did. We told everyone it was going to be a little change of pace and they could get up and dance if they wanted.

We played our full set, totally electric and ended up having the best night. 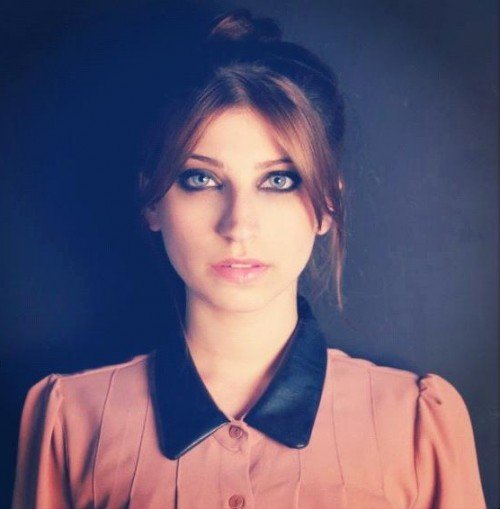 Have you any advice to a young artist/band starting out today.

Well, I guess I feel like I am a young artist starting out! I would say to anyone who’s just starting to make music and find their way that everything takes a lot longer than you expect or would like it to. I always felt like there would come a day where I would ‘find’ my sound and that would be it and everything would get easier.

What I’ve learned is you definitely do find your way and style but the search continues and you’re constantly learning and refining. So I guess my advice would be you’ll never get to where you think you’re going so enjoy the path you’re taking along the way. 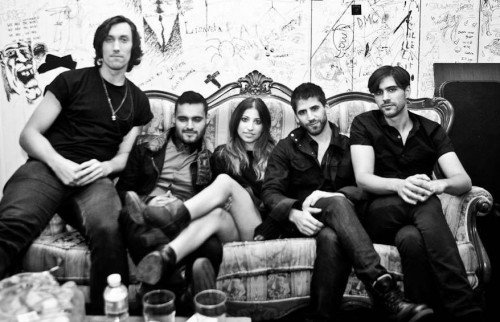 What are the do’s and don’ts?

DO: keep making music and creating no matter what is going on; whether things are going amazingly well or things are at a stand still, never stop making. That fuels the fire.

Don’t: Taking everything people say to heart. Everyone’s opinions come with their own perspective; you have to sift through and decide what you think about what everyone is saying to you.

You recently played some UK dates. How did they work out for you, were the fans into your material?

The UK shows were great! We played a string of dates at clubs as well as some parties for fashion week; we had the best time! We played the Schon! Magazine party and the whole room was dancing, which is the greatest satisfaction when you’re playing a show.

The same thing happened when we played Queen of Hoxton and it’s just the best feeling. I can’t wait to tour the UK! 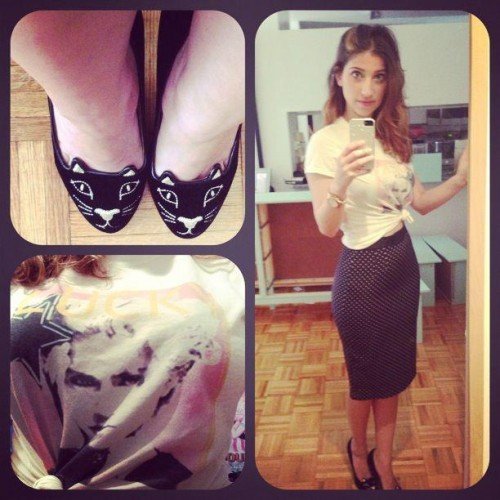 We know you have your UK debut ‘Heartbeat’ set for release shortly. How would you plug it to our readers?

I wrote ‘Heartbeat’ about that moment when you’ve gotten in a fight with someone and you so badly want to work it out but for whatever reason, pride or anger,
you can’t bring yourself to pick up the phone.

The song is pretty fun even though it paints the story of what it’s like to go through that moment. Ultimately, its optimistic and hopeful so it’s set to a dance beat and has a really sweet chorus.

So what is next for Ariana and the Rose for the rest of the year. Where can we see or hear you?

We play one more show in London, Oct 3 headed back to the states to play some more shows. The single is out Nov 18 we’ll have another single to follow, along with the release of my EP right at the beginning of next year.

So, you can really expect a lot of content; new music, a lot of videos and we’ll be back in the UK really soon to play more shows.

Have you any aspirations to appear at any of the many festivals that crop up across the world each year?

I think it’s really the best place for fans to discover new bands and for emerging artists to get a platform to share their music with a group of people that otherwise wouldn’t have had a chance to discover them.

May we ask you how you go about creating a new song. Have you a system or method you use?

Every song is pretty different. I don’t have one set method of writing. Sometimes a melody pops into my head and I flush it out, totally a-capela, and then set it to chords afterwards. Sometimes, I write a chord progression and some of a melody and then add lyrics after. I also do a lot of co-writing sessions, which I love.

I just prefer to have a sounding board, someone else to bounce ideas off of as opposed to writing alone all the time. It’s so interesting what can happen when two people approach the same idea. Most of the time we end up with something completely different than either of us were planning.

What about inspiration, are there any artists that you enjoy listening to and feel like emulating?

I come from a real singer-songwriter place, even though the music is very electro. In terms of writing, I’m really influenced by artists like Regina Spektor, Alanis Morisette and writers from the 60s and 70s like Carole King. I also love dance music artists like Goldfrapp and Kylie Minogue.

So my style has ended up being a real melding of those two loves. I just wanted to create pop music that had great hooks and beats without losing the story telling that’s found in more acoustic songs.

Finally let’s talk about the future, where do you see Ariana and the Rose in five years time?

Oh dear, I wish I could say I had a full proof plan! Touring the world, I hope. My dream is to be able to play to fans in many different countries and make music that people really connect with.

It always amazes me how many things can change in a year, so hopefully five years from now I’ll be able to say that whatever Ariana & the Rose is up to, its totally exceeded my expectations!

Heartbeat will be available to download from 18TH November 2013