When Brighton quintet, ARCHITECTS, released â€œHollow Crownâ€ – their debut album for Century Media Records in January 2009 â€“ the metal/hardcore crossover scene was swept off its collective feet by the sheer ferocity that poured out of the speakers. 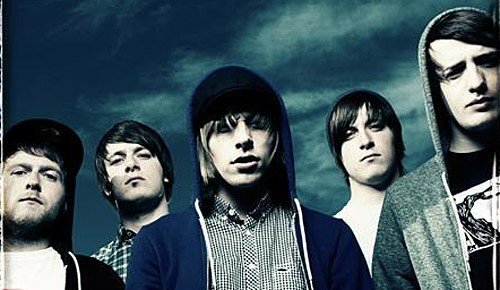 Recorded when the bandâ€™s average age was just 19, since its release ARCHITECTS have consistently proved their worth where it matters the most â€“ in front of global audiences. Indeed, the release of â€œHollow Crownâ€ and their jaw-dropping live show have cemented the bandâ€™s reputation as the UKâ€™s premier acts of their generation.

Never intending to keep that reputation confined to the UK, â€œHollow Crownâ€ earned the band the opportunity to once again play stages across the globe.

Touring their homeland first, both headlining and recently supporting A Day To Remember, ARCHITECTS solidified their dominance in the scene with jaw-dropped performances at the Download and Sonisphere festivals in 2009, as well as Metal Hammerâ€™s own Hammerfest.

Then it was time again to pack their passports and fly the British flag around the world: tours and appearances at Australiaâ€™s Big Day Out festivals followed, and in America theyâ€™ve just completed this summerâ€™s Cool Tour with Cancer Bats, The Acacia Strain and As I Lay Dying.


Now as 2010 starts to draw to a close, ARCHITECTS will celebrate the success of â€œHollow Crownâ€ with a special commemorative reissue which features a bonus DVD.

Naturally the fiery quintet will hit the road in September and October on a Rock Sound Magazine & Fender-sponsored UK tour, including Belfasts Limelight.

It will be the bandâ€™s final UK shows before they unleash their as-yet-untitled, Steve Evetts (Dillinger Escape Plan)-produced new album in early 2011.