VH1 was awarded the News & Documentary Emmy Award in the “Outstanding Arts and Culture Programming” category for its VH1 Rock Doc “Anvil! The Story of Anvil.” 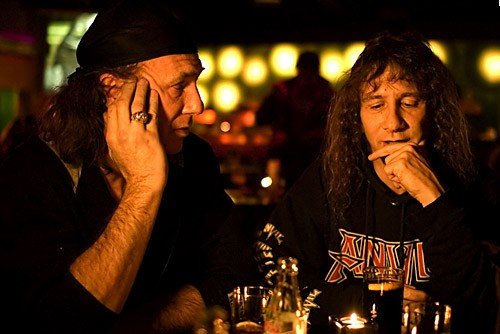 The awards were presented by the National Academy of Television Arts & Sciences (NATAS) in a ceremony held at Frederick P. Rose Hall, Home of Jazz at Lincoln Center in New York.

“Anvil! The Story of Anvil” is the directorial debut of screenwriter Sacha Gervasi (“The Terminal”) and was produced by Rebecca Yeldham (“The Kite Runner” and “The Motorcycle Diaries”). 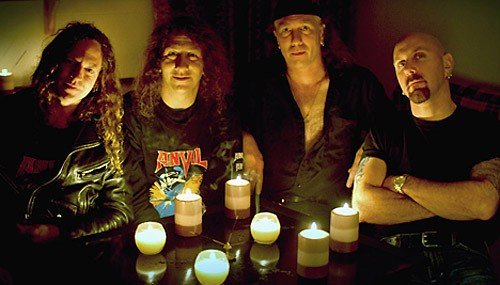 The film follows Steve “Lips” Kudlow, Robb Reiner and their band, Anvil, which released one of the heaviest albums in metal history, 1982’s Metal on Metal.

The album influenced an entire musical generation of rock bands, including Metallica, Slayer, and Anthrax, who all went on to sell millions of records.

Anvil, on the other hand, took a different path — straight to obscurity. The film is both entertaining and touching as it follows their last-ditch quest for the fame and fortune that has been so elusive to them.

“Anvil! The Story of Anvil” is a timeless tale of survival and the unadulterated passion it takes to follow your dream, year after year.

The overwhelming response and incredible buzz created by the film paved a stellar comeback for Anvil guitarist Steve “Lips” Kudlow and drummer Robb Reiner who started the band 30 years ago.

During its theatrical run, “Anvil! The Story of Anvil” garnered extraordinary support from the public with continual updates on social networking websites, Twitter postings and declarations of, “You must see this film!” not only from fans, but from celebrities unconnected to the film such as Dustin Hoffman, Mandy Moore, Keanu Reeves and John Mayer.

“Anvil! The Story of Anvil” is part of VH1’s Emmy Award-winning VH1 Rock Doc franchise. VH1 Rock Docs are high-end feature-length documentaries that each reveal an untold story in the history of rock and hip-hop music, combining never-before-seen footage with a unique and unconventional narrative approach.

The documentaries tell some of the most unique stories of artists and music from a wide range of genres, styles, and musical perspectives.

“Anvil! The Story of Anvil” was executive produced by Rick Krim, Brad Abramson, and Shelly Tatro and Warren Cohen served as supervising producer for VH1.
VH1.com