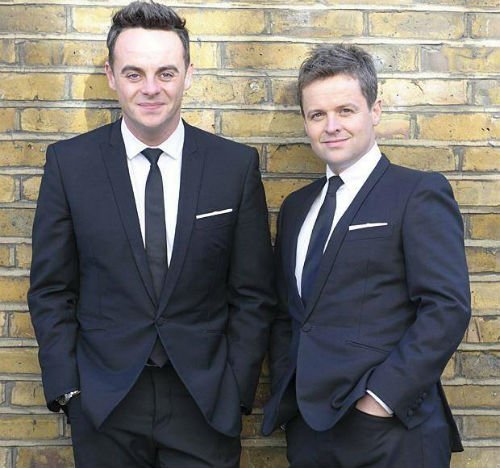 And it wasn’t because he was auditioning for Britain’s Got Talent.

The stars of the hit UTV show were spotted on route to Belfast by 5 year old Curtis Cassling, from Lisburn.

Curtis was travelling back to Belfast on Thursday night from Great Ormond Street Children’s Hospital in London where he is receiving treatment for muscular dystrophy which is a hereditary condition which results in the progressive weakening and wasting of the muscles. 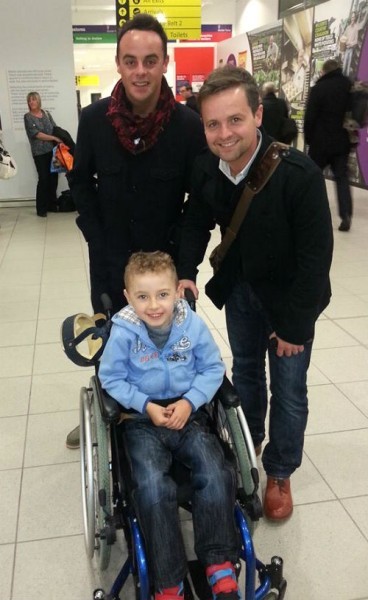 Curtis’ mum, Claire said: “Curtis has muscular dystrophy so therefore cant walk very far so we use the chair for long distance journeys. He noticed Ant & Dec were standing at the airport in London when we were waiting on someone to take his chair to the plane and they walked past him.

“He was so excited to see them and kept telling me that we had to hurry up and get on the plane so he could see where they were going to be.

“Curtis was so pleased to get his picture took with them and couldn’t wait to get home and show other family members about who he had seen.

“It was very nice of all three of them to agree to take the time to have pictures taken with him, it made his day.

“Curtis loves their song Let’s Get Ready To Rumble and would watch them on Saturday Night Takeaway.

“When he first got on the plane he insisted that his daddy walk up and down the plane to see where they were sitting and his daddy came back and told him Dec was listening to music and Ant was sleeping. But he thought it was great that Stephen was sitting just a seat away from him.”