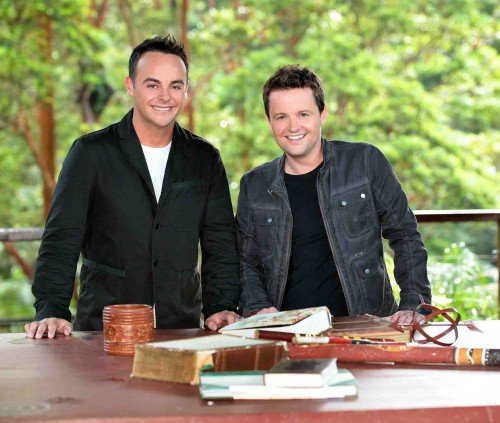 The time has come to decide who will be the king or queen of the jungle.

“They have got to be larger-than-life characters.” Dec explained to TV buzz his fantasy contestant, “I’d like Peter Stringfellow. He came across so well when we did Celebrity Come Dine With Me. He’s likeable and charming.”

Ant, however is going for a slightly different option – The A-Team’s Mr T! Ant says, “He’s got his own Mr T clip show [BBC3’s World’s Craziest Fools,], he’s sat at a desk, a bit like Harry Hill, and he’s like: ‘Look at this crazy fool, driving in the garage the wrong way!’ I really like him.”

The finale will be rather interesting this year!
Read more in The Sun TV buzz