Following the release of their second album ‘About Love’, French starlets Plastiscines are back with ‘Another Kiss.’

Released by label of the moment for incoming pop from the left field (Because Music, home of Metronomy, Justice, Charlotte Gainsbourg, Kap Bambino and Uffie), ‘About Love’ is a radio-friendly, art-punk anthem about breaking up, executed with Kathleen Hanna sounding vocals and Bardot-era Gallic chicness. 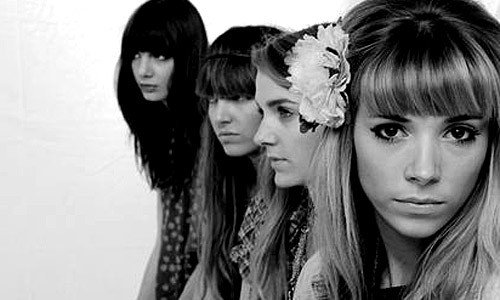 Never ones to forget the clubs BecauseLouis La Roche to cast his “filter disco” wand over the punk-pop original. 2010 is already shaping up to be a strong year for Plastiscines, one to match their successes of 2009.

Signing to Nylon Records in America, the label of trend bible Nylon, appearing on hit TV series Gossip Girl, advert syncs and a top 20 charting single were just some of the highlights.

2010 has hardly begun and Katty Besnard, Marine Neuilly, Louise Basillien and Anais Vandevyvere are already out on tour with US grindcore stars Cobra Starship and will then play alongside female star of the moment, Marina And The Diamonds, at HMV’s ‘Next Big Thing’ festival, not a bad start to the year. have enlisted for the remix, faux-french, teen wonder.
www.myspace.com/plastiscine