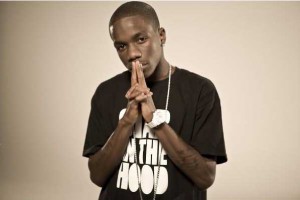 With his show at The Limelight in October already sold out, Tinchy Stryder has added another Belfast date, at St Georgeâ€™s Market on 23 February 2010, to meet the phenomenal demand. The new show goes on sale at 9am next Monday, 14 September, from all usual Ticketmaster outlets.

2009 is proving to be a big year for 22 year old, Ghanaian born and East London based Tinchy Stryder. After being tipped as a rising star by the likes of Radio One and Wiley, he has scored three consecutive top 3 hits, including the chart topping Number 1 and Never Leave You. He has supported Akon and N-Dubz on sell out arena tours, launched a flourishing merchandise line, and completed a degree in Digital Arts and Moving Imagery at University of East London. 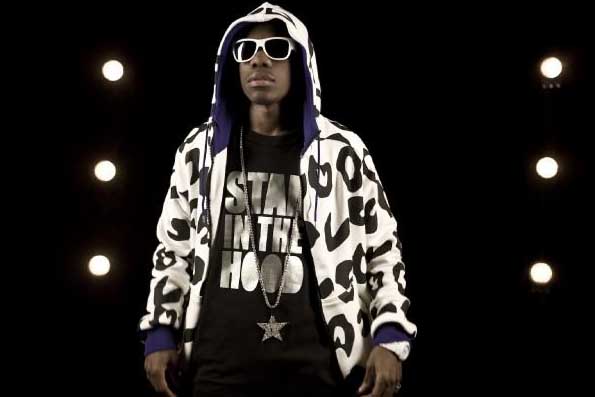 Tinchy Stryder may only be 22, but heâ€™s no newcomer to the music industry. He started Mcing with his group â€˜Ruff Sqwadâ€™, aged just 13 and by the time he was 20, Tinchy had recorded his debut solo album, a huge hit on the grime scene Star in The Hood. From his early days as a young teenager with an unbroken voice on pirate radio right through to the present, one thing has remained constant – Tinchyâ€™s charisma, confidence and style when delivering his lyrics. With fans such as Mike Skinner (who featured Tinchy on two remixes), and Wiley (who christened him the â€˜Prince of Grimeâ€™), championing his unique presence on the microphone, Tinchy Styder has been consistently praised for his captivating flow and quick-fire, yet clear, delivery.

Second album Catch 22 is yet another milestone in Tinchy Stryderâ€™s ascending career. It sees Tinchy working with a diverse range of producers (from. Fraser T Smith to Frank Musik) and guest vocalists (from Taio Cruz to Amelle) to create a signature sound that is not only fresh and current, but is also uniquely his. Lyrically the album focuses on Tinchyâ€™s day-to-day tales from his hood in Bow, and his ever changing life as a rising star in the music industry. Spanning the shiny and radio friendly hits through to the gritty and bassline heavy, â€˜Strydermanâ€™ and â€˜Spotlightâ€™, the record seamlessly balances universal appeal with street credibility.

TINCHY STRYDER
TUESDAY 23 FEBRUARY 2010
ST GEORGEâ€™S MARKET, BELFAST
Doors 7.00pm. Under 16’s must be accompanied by an adult. Ticket Price Â£19.50 inc bkg fee and are available across the counter from all Ticketmaster outlets, online at www.ticketmaster.ie , and on their 24 hour booking line on 0844 277 4455 (sales may be subject to credit card charges and the commissions of agents).