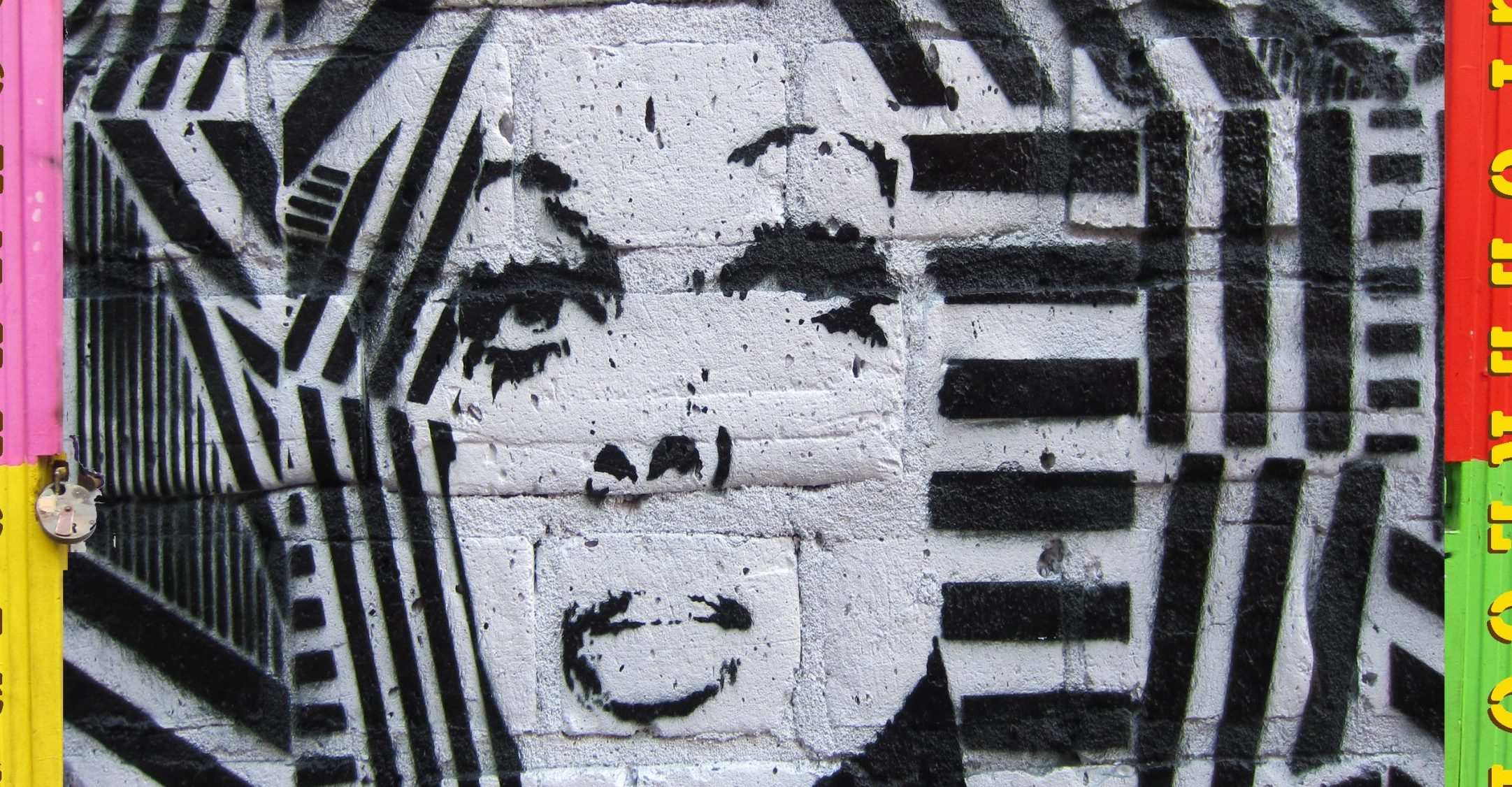 'We feel the music industry is in a sad state...there is no passion and to be heard is becoming increasing more difficult.'

If you’re ever around London’s East End, you might catch a glimpse of the elusive LdashD’s graffiti art. Guided Street Art Tours in this area are frequented by tourists with as many as 30 in a group, so early arrival is advised. The artist often leaves sought-after goody bags with his graffiti art in Brick Lane and surrounding areas for whoever is fast enough to nab them. His handmade L-D Logo wall tiles have become collector’s items, coming in a whole range of colours.

Aside from his street art, LdashD, also known as L-D, has been treating audiences to a uniquely crafted blend of hip-hop-tinged EDM music since the 90s. A seasoned multi-instrumentalist, L-D has a great passion for guitars, coupled with a healthy addiction to analogue synths, that enables his bold and imposing music to seamlessly and accurately, transverse the past, present and future, with off-beat samples from around the world tossed in for extra flavour. Classic beatboxes, heavy-duty multi-amped electric guitars, fat analogue synths converge to create a big sound that’s a little retro, a little futuristic and packs a colourful punch. LdashD prefers to stay anonymous to be able to concentrate on his music and art and work without interruptions, similar to the likes of Banksy. He asserts his music to be not just suitable for the dance floor (he has a keen following of DJs and students for example), but to listen to and enjoy wherever you are.

LdashD has been quoted saying:

“I appreciate my music can be demanding of the listener as it is quite challenging to manufacture it, so I can only suggest if at first, like me, you don’t succeed in appreciating its material worth, try & try again as it took a fair bit of trying, again & again, to produce it.”

Elaborating on his ideals, he said: “I believe we are all beneficiaries of the amazingly rich & diverse musical legacy handed-down through the centuries, I hope my own music sits comfortably in that life-enhancing, man-made mix of an ever-expanding musical universe in much the same way say, an artist, Picasso perhaps, does to his heritage, time will tell eh”.

The four tracks on LdashD’s latest EP Bringin’ Back the 90s overlap and blend into each other with shared refrains. Watcha Know and Straight Outta Magazine define an atmosphere, are relatively low-key but with plenty of energy driven by rock-inspired guitar riffs over electronic drumbeats, creating a driving, hypnotic feel in a multi-faceted soundscape narrated vocally with confident hip-hop swagger. Things Change, followed by title track Bringin’ Back the 90s then kick things up a notch and triumphantly race to the finish line with a sample of prayerful chanting thrown in the mix (the artist does not consider himself religious however).

You can stream the EP on Soundcloud and Spotify and see more street art via his Instagram, linked below.

As the artist doesn’t really do interviews, in order protect his anonymity, we were able to glean just a few tidbits from chatting to a representative from his record label, which are as follows:

On his views of the current state of music and that in the 90s:

Much of the popular music released today is manufactured by teams of people, often many teams simultaneously & in different countries too, mostly graduates from Music Production courses, all feverishly banging away on the same would-be banger, a compromise, a mass-produced fabrication, it’s these mass-standardized, generally mediocre run-of-the-mill productions that differentiates L-D’s music. We feel the music industry is in a sad state. The public is fed the same old …… there is no passion and to be heard is becoming increasing more difficult.

On the concepts behind his ‘Passport Mask’ street art pieces, and logo:

The artist is represented by his logo. It has two meanings. One way up it’s a face and the other way up it’s a warrior. At the moment the artist uses the colours of the Ukraine Flag and the logo is in the position of a warrior.

On his creative process:

LdashD writes all his music in his Home Studio, but then finalises the tracks in a professional recording studio to record his guitars through their mega amps, to get those perfect sounds.

LdashD’s life literally revolves around making music and it’s all consuming and the few spare minutes during the day he doesn’t spend in his studio, he creates art like drawing, sculpting, collages, etc, etc. He also takes his camera wherever he goes and edits these short film clips to his music and posts them on Instagram or Tiktok.

He has already started his next EP and is also working on a new art project which will soon adorn the Streets of London.