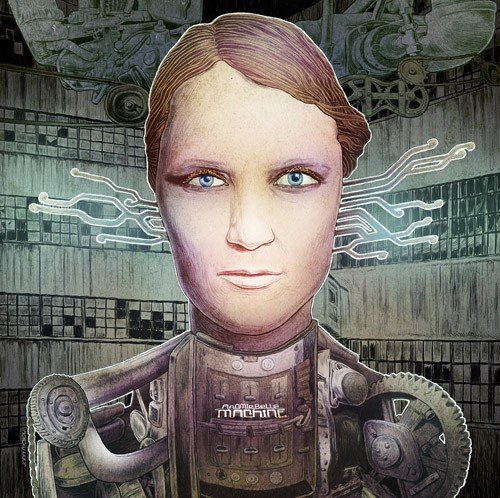 Many have already heralded Belle’s music as a soundtrack for the Occupy movement, and once again her potent music speaks out against the Machine. Machine (feat. Mr Lif) by Anomie Belle
Seattle-based songwriter, multi-instrumentalist, producer and film composer, Anomie Belle, releases her new EP, Machine, on December 5th, featuring collaborations with members of the Sneaker Pimps, Mr Lif, and Big Spider’s Back.
Her new EP kicks off with “Slither,” a dark, sinister, sexy track written in collaboration with Ian Pickering of the Sneaker Pimps.

“I was in Europe for a festival and decided to stop through London to visit Ian on my way home,” Anomie explains. “We shut ourselves in a smoky little room for four days and just wrote music together. Ian and I connected musically right away. I love the darkness in Ian’s lyrics… they strike an intriguing balance with his genuine and compassionate demeanor as a person.”

The dark themes of greed and suffering in “Slither” are followed by “Machine,” a collaboration between Belle and hip-hop emcee, Mr Lif (The Perceptionists, Thievery Corporation). In “Machine,” Lif and Anomie dish out harsh criticism of the enormous discrepancies in wealth, avarice, oppression and poverty that characterize modern society.
anomiebelle.tumblr.com