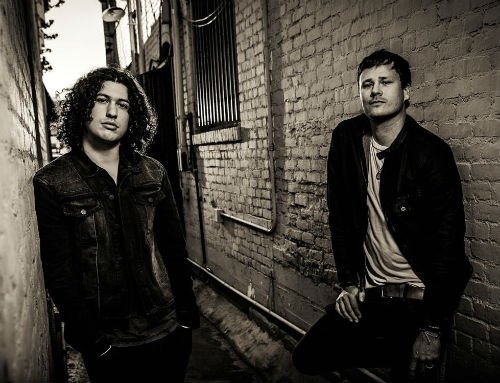 DeLonge comments: “The Wolfpack’ is a bit of a journey in and out of the many teeth of the music business — an industry that can be a sexy girl on one hand, but a vicious axe murderer on the other.

He adds: “Each piece of this project, whether it’s the novel, the feature film, or the album, is meant to stand on its own individually, as well within the entirety of its parts. It’s an art project with many paths to adventure. I felt it was time to try a bit harder and create something that was more than just an album, and it’s ironic that this album might actually be my best.”

‘The Dream Walker’ forms part of a much larger trans-media project aptly titled ‘Poet Anderson The Dream Walker,’ which will also include a film and novel. Here’s the impressive ‘Paralyzed’ + the movie trailer…

The album was written, recorded and produced by Tom DeLonge and Ilan Rubin, known for his work with Nine Inch Nails and follows AVA’s last two albums, Love (2010) and Love: Part Two (2011) and its companion film, Love, which investigated the psychological effects of isolation when an astronaut stranded in space learns the importance of human connection and love…

‘The Wolfpack’ on iTunes