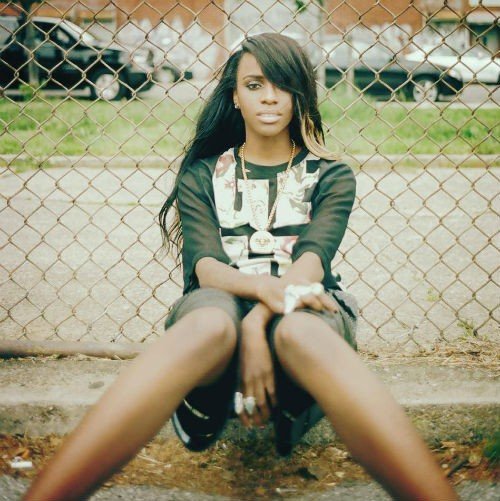 Angel opens up to fans about her own traumatic experiences…”When I was feeling suicidal, I’d go to sleep with Sia’s song “Breathe Me”. And I’d either feel like my entire world was closing in on me or, in some strange, euphoric way, I was becoming stronger.”

Angel Haze surprised fans when in December she self-leaked her debut album ‘Dirty Gold’ in a dispute with her record label over its delayed release. As a result of the leak ‘Dirty Gold’ which was produced in collaboration with Markus Dravs (Björk, The Arcade Fire and Coldplay), Malay (Frank Ocean) and Mike Dean (Kanye West) was released 30th December 2013.