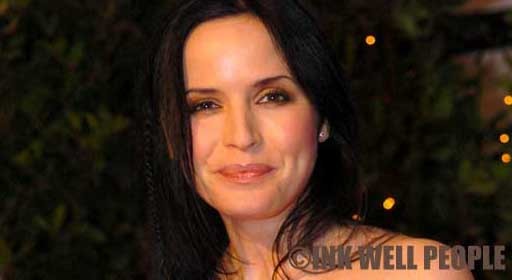 IRISH singer Andrea Corr has revealed her siblings The Corrs could be in line for an early return to the stage or studio.
The Dundalk songstress recently went solo after bandmates Sharon, Jim and Caroline decided to take a break from the music industry to spend with their new families.
She said: â€œWe started the band when I was 15 and itâ€™s an awful lot of years.
â€œIt wasnâ€™t that I wanted to break away and do a solo project I was really happy in The Corrs and obviously Iâ€™m very proud of what weâ€™ve done and hopefully the records we will do in the future.
â€œBut everybody was either pregnant or had new babies and thatâ€™s not where I am in my life right now and it seemed to be catching.
â€œCaroline started it all and then it seemed to happen to everybody.
â€œI think thereâ€™s something in the air, it spiraled out of control and our poor manager has gone very grey.
â€œSo I decided Iâ€™ve got nothing else to do, I was offered a solo record deal about a couple of Corrs albums previously and I had no need to go for it.
â€œWhen everyone started having children I decided Iâ€™m supposed to do this now, push myself out of my comfort zone and be brave and do my own recordâ€.
But this week the star, who is promoting her debut solo album Ten Feet High, revealed that her brother and sisters are missing the music buzz and could be persuaded back onto stage before they had planned.
“If we feel inspired to do another record or a concert, I’m sure we’ll do it. I know the others miss itâ€ she said, adding: “I didn’t want to take a break from making music.
â€œI do feel it’s a truly blessed existence to work at something you’re so passionate about.”
Â©INK WELL PEOPLE