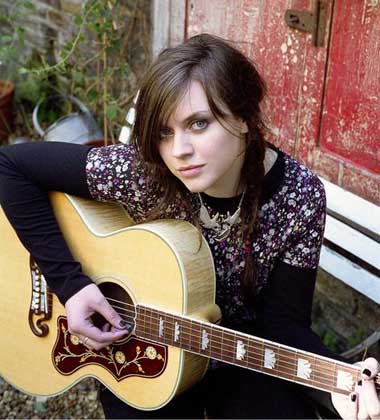 By Ryan Kennedy
JUST in case the madness of one summer festival after another hasnâ€™t really allowed you time to give a full album a listen, this is a serious recommendation on behalf on 20 year-old Scottish singer/songwriter.
Amy MacDonaldâ€™s debut album This Is The Life hit the streets at the start of last month, and her debut single from it, Poison Prince underperformed in the charts, hitting number 136 without physical release, and radio heads have only just cottoned on to her presence with the follow up Mr Rock and Roll. You do know it, trust me.
A distinctive voice and strong roots in folk form the spine of the whole album, but as the play list progresses her voice diverges from quirky folk to heartfelt to intense with such a seamless range you know that despite an instantly recognisable sound that might eventually tie her down, thereâ€™s still a good few original albums left in this girl yet.
myspace.com/amymacdonald