Timed with the re-release of Avatar in theatres today, acclaimed director James Cameron has teamed up with Amazon Watch to produce a short feature “A Message from Pandora.”

The documentary spotlights the battle to stop the massive Belo Monte Dam Complex on the Xingu River in the Brazilian Amazon, which thousands of local Indigenous people have vowed to resist, citing its potential devastating impact on their communities and the rainforest environment. 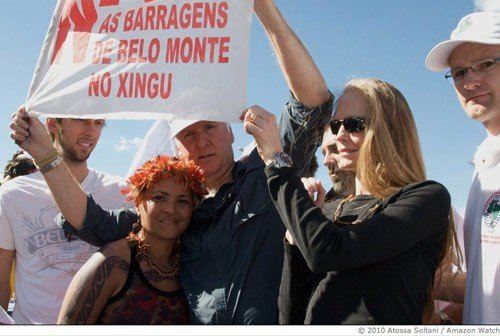 A 3-minute trailer of the feature was launched today on the Avatar’s movie website, inviting Avatar fans to join the campaign to stop the Belo Monte Dam and defend the rainforest.

James Cameron became inspired by the story after he and cast members of Avatar including Sigourney Weaver and Joel David Moore traveled to the Xingu River in April. 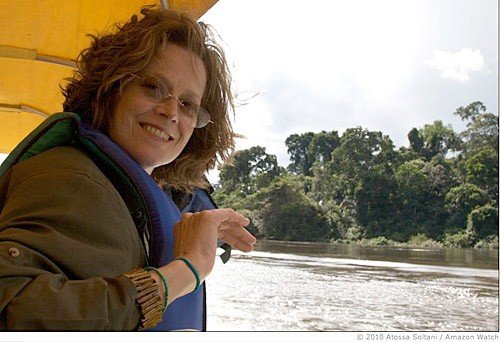 During their trip, the delegation visited communities who would be adversely affected by the dam.

The $17 billion project would divert the flow of the Xingu River; its reservoirs would flood 668 square kilometers, displace more than 20,000 people and generate methane — a greenhouse gas 25 times more potent than carbon dioxide. 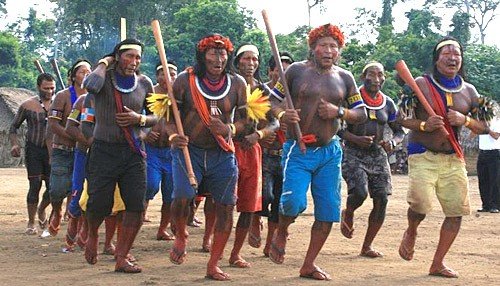 Reflecting on his visit to the Xingu River, Cameron commented: “Here were people whose lives were going to be altered irrevocably, whose communities were going to be destroyed, literally put under water, or affected negatively as the river’s flow would change.

For these people, it’s the end of their world, as they know it.”

Sigourney Weaver is also lending her support in defense of the Amazon and its people by collaborating with Amazon Watch, International Rivers, and Brazilian organizations on a state of the art digital animation to illustrate the devastating impacts of the dam– to be released next week.

“The Avatar spotlight comes at a critical time for the battle to stop the Belo Monte Dam. Just yesterday, the Brazilian government signed the contract to build the dam, ignoring warnings about the project’s serious ecological, financial and technical risks,” said Atossa Soltani, Executive Director of Amazon Watch.
www.amazonwatch.org
www.messagefrompandora.org