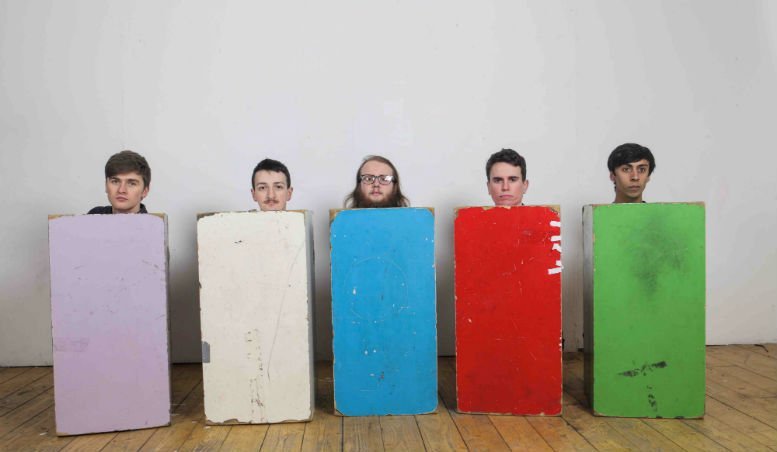 The AA single is the perfect introduction to their expansive indie/electro dynamic offering.

Hi AmatrArt how are you?

AmatrArt are due to release the double a-side single Mirror/Soft Skin on 8th April 2016 via Bloc+ Music. Subversively playing with the indie/electro dynamic, the band have carefully constructed a sound that embraces the immediacy of indie-pop, allied to a distinctively high brow ambient sound, all unified by the dreamy Mark Hollis (Talk Talk) style vocals produced by Jonathan Mullen.
We’re great! Really excited about the near future to release our AA side single and to showcase some new songs we’ve been working on.

How did you come up with your band name?

It was originally a working title for the first song we ever released ‘Souls.’ We’d been recording it in Josh’s bedroom and the name sort of just suited the song at the time. By the time we’d finished it the name had changed but we always felt quite attached to ‘AmatrArt’ so recycled it as the band name.

How did you all meet and how have you grown as a band since you formed?

Josh, Jonathan and Niall J are childhood friends and met Niall M at high school. Lewis was met at a council run music program and over the years we would occasionally meet up and just jam together. Years later after we all finished our studies we decided to go for it with the band and finished our first EP and booked our first gig.

We’ve all grown together musically over the last year with our separate musical influences and styles sort of merging together helping us influence each other.

You are based in Glasgow, what is the scene like back home?

Glasgow has a great music scene right now! There’s a lot of different styles and groups of musicians who all support each other. You’re pretty much guaranteed a couple of excellent gigs a week.

What bands would you recommend from back home?

As a collective how do you go about the writing process?

We don’t have a set formula or anything. We’ve been writing a lot of new songs to debut this year and they’ve all come about in their own way. Sometimes we just jam one idea for a long time and we add our own variations as we go seeing what works and what doesn’t. We always try every idea that anyone has as well, even if we all think it won’t work or it’s not going to be right for the song;. we’re often surprised!

Other times somebody will bring in an idea they’ve been working on alone and if we’re all into it we’ll work on it together and try to form a song around this original idea.

Where would you say your sound fits in today’s musical landscape?

We’re not a typical indie band, our songs tend to be a little darker and we use a lot of electronic elements in our sound. Sometimes we really ramp it up and bring our full energy to songs but we can also bring it right down with a dreamier sound.

For those who haven’t seen you play live, what is an AmatrArt live show like?

Lot’s of energy and a variety of vibes and sounds. We all get really into what we’re doing on stage, it’s the reason we do this.

We probably all have a different answer for this but I reckon Radiohead would be a safe bet!

What can we expect from AmatrArt during the rest of 2016?

We’re releasing a AA Side single on vinyl with a launch show at The Hug and Pint on the 29th April with support from The Vegan Leather. We’re really excited about this and it’s the first vinyl to be released by our label Bloc Music, so that’ll be our first milestone of the year. We have more tracks to release and we’re working on a lot of new songs to debut this year. More gigs, more music.