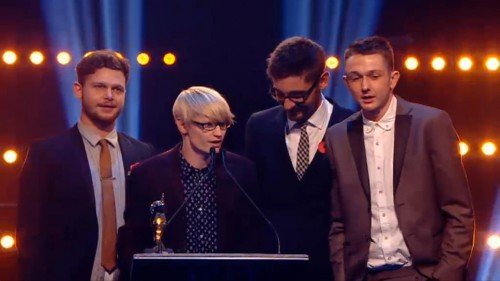 Congratulations to Alt-J, who took home the Prize for their stunning album, ‘An Awesome Wave’. Simon Frith, Chair of Judges said “Alt-J’s ‘An Awesome Wave’ combines unexpected shards of sound with mesmerising rhythms, compelling melodies and intriguing songs. A tantalising and delightful album.”


The said “We might just thank everyone in team Alt-J who has ever made a difference to us. And our parents… thanks for not making us get jobs!”

Frontman Joe Newman said: “This is more of an album not just a collection of songs thrown together”

“The Mercury Awards puts us in the hall of fame for sure, because it’s such a well respected award,”

alt-J (∆)’s name takes a little explaining. Pronounced “alt-J”, the delta sign is created when you hold down the alt key on your computer keyboard and punch ‘J’ on a Mac computer.

The symbol has a deeper meaning for the band, as guitarist/bassist Gwil Sainsbury notes, “in mathematical equations it’s used to show change”.
mercuryprize.com
facebook.com/altJ.band