Allusondrugs, the 5 piece from Castleford, West Yorkshire have “the head of Simply Red, the Neck of Nirvana, the Shoulders of Deftones, the Belly of Pixies, the Sexual organs of Placebo, the legs of My Bloody Valentine and the feet of Sonic Youth.” 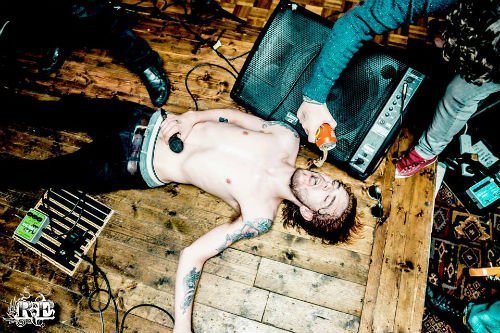