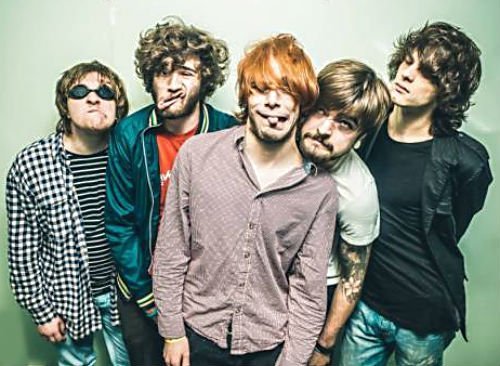 Allusondrugs unleash the video for ‘Fruit’, the AA side to their latest single ‘MyCat’, now sold out physically but also available digitally on local Leeds label Clue Records.

The 5 piece from Castleford, West Yorkshire have, in their own words, “the head of Simply Red, the Neck of Nirvana, the Shoulders of Deftones, the Belly of Pixies, the Sexual organs of Placebo, the legs of My Bloody Valentine and the feet of Sonic Youth.” 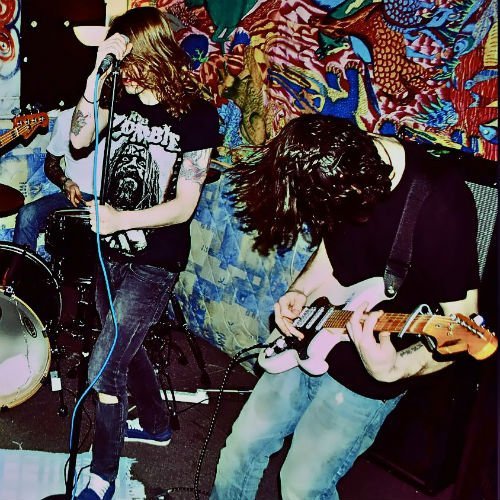 The band say: “Our first year (2013) as a band was pretty exciting and very unexpected. It started with releasing d.i.y. bedroom demo’s we recorded with no budget, to playing some cool local gigs, meeting some great bands and promoters, getting hooked up with Clue Records, playing shows further afield and finally getting the chance to put on our own headline shows in much larger venues – all while playing over 99 gigs in 2013 and working together on countless admin nights – we can confirm that this is all really fun and we will continue to do it for as long as we can!!

WHATS NEXT??..
We are going to make an E.P!! We will be setting up shop in Greenmount Studio’s for a week in January to record hopefully our best work yet. The E.P will be released early in the new year.