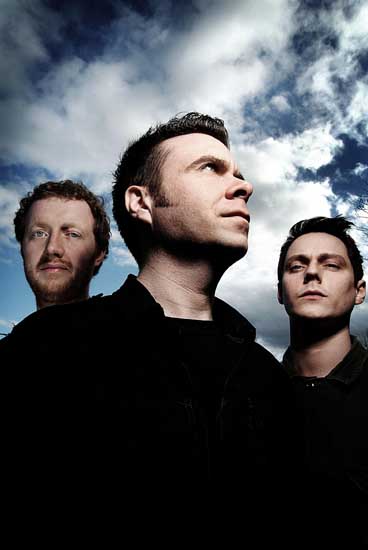 Belfast based electro punks Alloy Mental return home for a headline slot in The Stiff Kitten on Friday September 28th.

The band released their debut album â€˜We Have Controlâ€™ through Skint Records in May to rapturous response. In response to the demand on independant stores, distributors now stock the record in all major outlets across the UK.

Comprised of Belfast based trio Martin J. Corrigan, Danny Todd and DJ/Producer Phil Kieran, Alloy Mental â€œsound like Nitzer Ebb on a collision course with Iggy & The Stooges whilst tough techno bangs and rolls along in the backgroundâ€.

To promote their debut release, the band have been hitting the road and detonating clubs, gig venues and festivals across Europe and the US all summer. After kick starting with a blistering album launch party in Belfast, the band took on all comers at Londonâ€™s esteemed Fabric club, along with festival appearances at T in the Park (Scotland), Glastonbury (UK) and Vital (NI), among a swathe of other club dates across Europe.

Subsequent dates are currently being announced, including shows in Lisbon, Istanbul, and many others across the UK.