ALL TIME LOW will bring their live show to Belfast in January 2012 when the band plays The Ulster Hall, Belfast on Thursday 12 January. 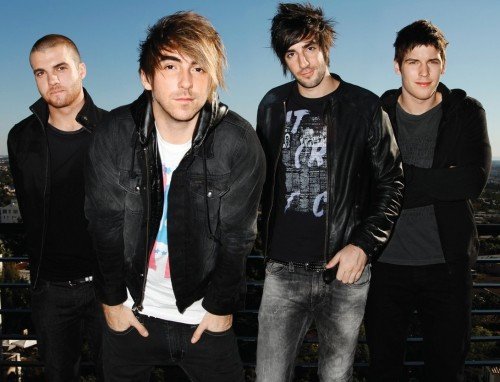 The band return with their new song I Feel Like Dancin, available digitally now. The track is the lead single from the group’s major label debut album Dirty Work.
For I Feel Like Dancin, All Time Low singer-guitarist Alex Gaskarth teamed up with none other than Rivers Cuomo for one marathon writing session at the Weezer frontman’s home.

The result is an infectious, party-starting anthem that’s poised to be one of the defining songs of Summer 2011. ‘I threw it out there as a shot in the dark,’ Gaskarth says of approaching Cuomo about the collaboration. “But he responded that he was into the idea. It was a really rad experience.”