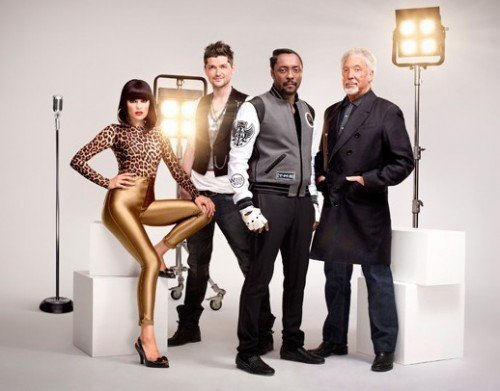 TV Buzz Magazine from The SUN chats to the hosts of the BBC’s new talent show, The Voice – Holly Willoughby and Reggie Yates; as well as the judges themselves, Jessie J, Will.i.am, Danny O’Donoghue and Tom Jones.

Holly reveals: “There is nobody auditioning who’s deluded about their abilities – they are all brilliant singers.” She adds: “It has a different feel about it because of that – it’s a more positive affair.” 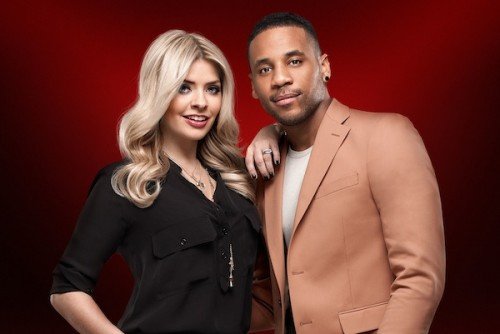 But Jessie is already having a few problems, “My chair actually malfunctioned the other day”.

The pop star said, “The red button wasn’t working, so I had to make it really obvious when I liked someone. Then Will had to spin me around!” 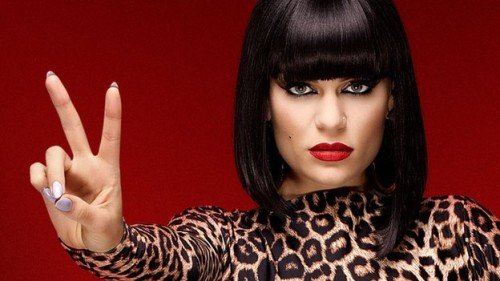 Holly reveals how she makes herself comfortable, “The first thing I did was have a go in one of the chairs”.

The host admits, “I’ve got my own makeshift one backstage – it’s one of those spinning office chairs. It’s not brilliant, but it is red, so in my eyes it’s my judging chair.”

Will.i.am is also having a few problems himself, “I’m really p***** off with myself for not turning around for the last act [a pretty, 17-year-old opera-style singer],” he admits.

“I hesitated when I should’ve just used my imagination – she was out-of-the-box and I’m an out-of-the-ordinary type of artist. I didn’t live up to what I’m here for by not picking her.”

Not turning around often enough isn’t a problem for Sex Bomb singer Tom Jones. “I was told that I was being a bit trigger-happy,” he confesses.

“I had to be reminded that I could only pick ten people from all of the blind auditions – and I’d chosen five on the first day!”

The Script rocker, Danny, admits there’s only one thing on his mind, “Going to the bar with Tom Jones.”

He reveals: “I would be mad not to try to get him drunk and get some stories out of him. I mean, the man’s a legend and has hung out with Elvis!”
Read more in TV Buzz Magazine from The SUN
facebook.com/TVbuzzmag