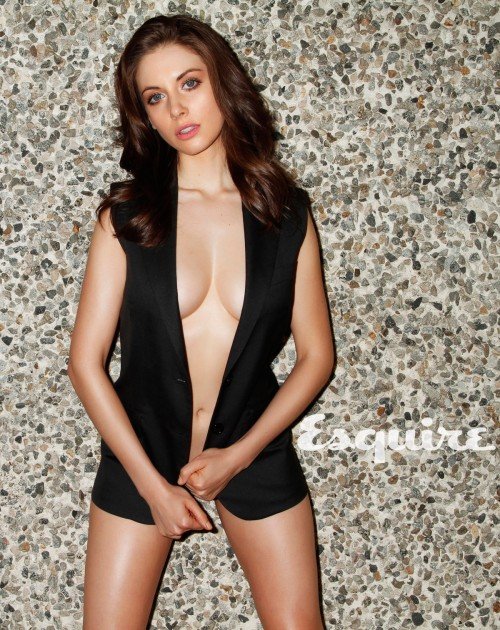 Mad Men star, stunning 30-year-old Alison Brie, opens up and looks amazing in Esquire magazine, May 2013 issue. She also stars in ‘The Kings of Summer’, in cinemas from May 31.

She reveals: “I love…:the number thirty-eight. It’s so round. It’s a voluptuous number. Eighty-eight has gone too far. 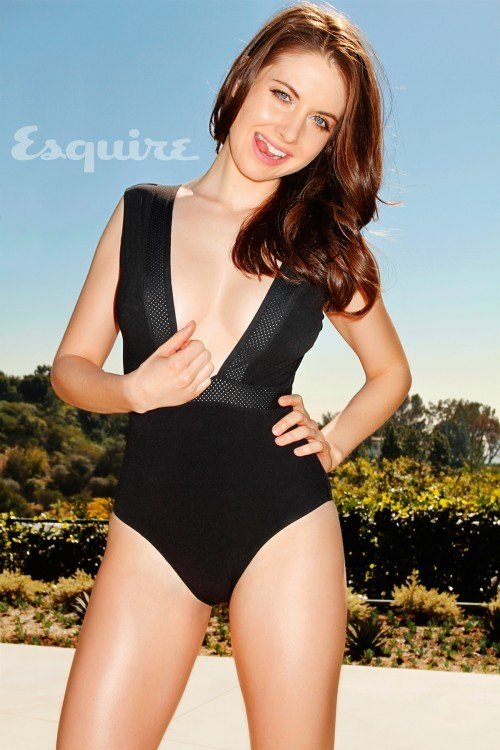 Seeing my reflection in somebody else’s sunglasses. It’s a nice way to check in with yourself.

How loud my mother laughs at her own jokes.

Giraffes, because their bodies defy nature and embrace it at the same time.

Getting a script in the mail from Mad Men. 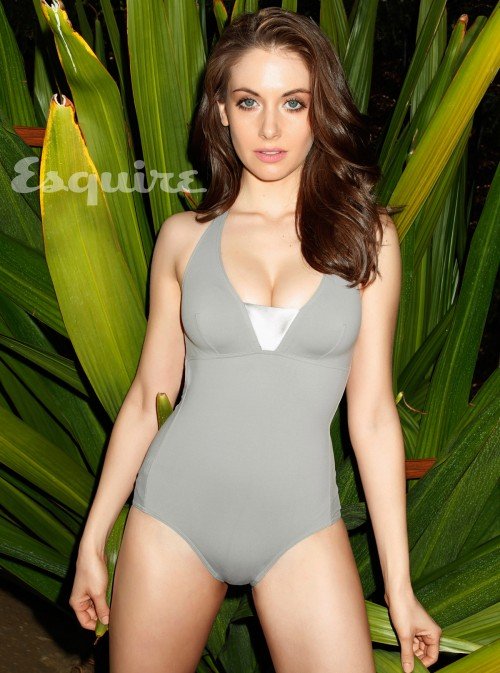 How there doesn’t seem to be any alcoholics in Scotland, even though everybody drinks all day every day. 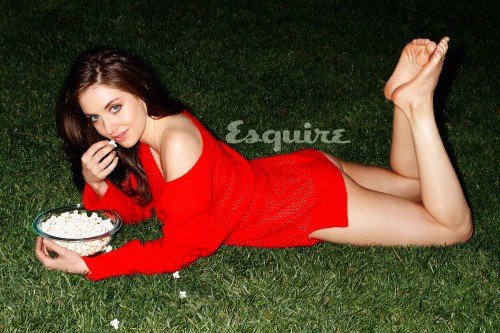 My afternoons, because they’re always different.

Going to bed early. If I can get eight hours…

Going to bed watching The American President. I’ve seen it so many times I can close my eyes and still know what’s happening.

The moment when Annette Bening has her date with the president lined up. She’s in her office. A guy is talking to her. She’s just kind of lost in space, tapping her pencil near a cup of pens.

Trying to recall the details of my dreams when I first wake up.

My ability to say no to people now that I’ve turned thirty.

Movie theaters when they’re either supercrowded or totally empty. Your opinion is not influenced by anyone when you’re alone at a matinee. It’s just you and the movie. And crowds at a premiere or at Sundance are a special treat. At Sundance, nobody’s like, “We didn’t have anything to do tonight, so we came here.”

My agents, because they don’t ever want me to do nudity.

My real last name. But the mispronunciation of it is like nails on a chalkboard. It starts S-c-h, so everybody pronounces it as if it were Shermerhorn. But it should be pronounced like it’s Skermerhorn.

My sister’s temper. It keeps me in check.

Teahouses. Green tea as opposed to jasmine green, which is a little more flowery. I like to taste that green.

Aretha Franklin—but in the evening.

Whistling, but I’m terrible at it and embarrassed to do it in front of people.

“Strawberry Fields Forever.” It’s the first song that I thought was so beautiful it brought me to tears.

Frank Gore and the Niners. I didn’t miss a game last season.

Getting photos of my little nephew. They make me laugh in a way I never did before.

Cupcakes. The smaller the better. You can taste different flavors and not feel guilty.

Living in the hills above Hollywood. The quiet gives you time to think.

Popcorn. On the stove top, with a little olive oil.

The Princess Bride. “Hello. My name is Inigo Montoya. You killed my father. Prepare to die.”

Coming home after I travel.

Sex, because some of the most humorous things happen when you’re naked with another person.

The cast on Community and the way everyone moves the comedy.

There’s nothing to love about auditions.

Petting my cats’ fur. So soft, and how my cats love being pet.

Darioush Winery in Napa. Duel is the wine the owner made with his son, so it’s the two of them bringing their styles.

Running, because it never seems like a strenuous exercise and always clears my head.

Omakase. That means the sushi chef just makes you whatever. I love not having to make decisions.

Mrs. Carlson, my second-grade teacher at Mount Washington Elementary. She had the most wonderful stories. She would travel around the world and come back and show us pictures. I remember this story about her being in Africa. This baby ostrich kicked her in the leg and almost broke it, and she showed us the giant bruise. She had us make corn tortillas from scratch. What a great second-grade class. I wonder if she’s still teaching.

Flowers. If you’re a guy, you should get girls flowers all the time. They never get old and you can never get them enough. I’m never disappointed when I get flowers. I always thought guys who don’t buy women flowers are such fools. All it takes is one. A little goes a long way with flowers.

Shorts. My clothing of choice. They’re easy. But don’t give me shorts without pockets.

Working. It makes life much simpler.

Deep-tissue massages. I like to be in pain when I’m getting massaged. That way I know I’m getting my money’s worth.

Looking at my dad when we’re singing together around the holidays.

About 80 percent of my day.