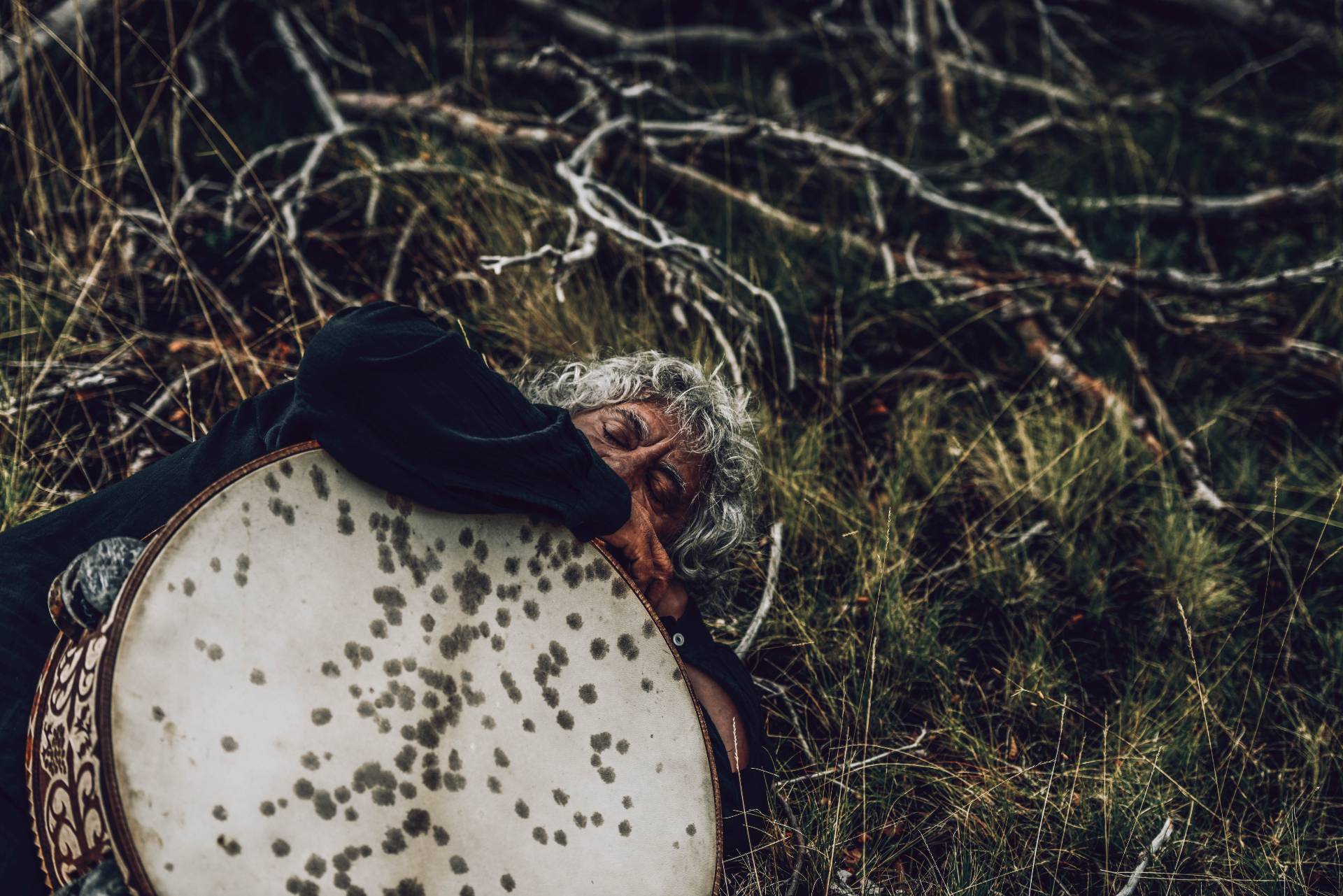 Born in Sicily and working as a shepherd until he was 18, Alfio Antico’s career in world music began when he was discovered by legendary folk singer, Eugenio Bennato in the ‘70s who invited him to join his band, Musicanova where be become one of the most prominent musicians on the folk scene.

40 years later, having performed worldwide with artists like Fabrizio De Andrè, Lucio Dalla and Vinicio Capossela and accumulated a long list of theatrical work too.

Alfio’s work is not just musical but designed to preserve his local culture too. Learnt from his grandfather, local fables and 1000 years of rich tradition with deep ties going as far back as ancient Greece, his instruments are handmade and decorated by himself from the skin to the frames and cymbals, hand cast, hammered and tuned.

In 2016 a new and younger audience came on board with the release of the “Antico” album – a more electronic and experimental piece of work.

Alfio Antico is active both live and in studio on different projects, performing as solo artist in jazz festivals, world music, contemporary electronic events like Berlin Atonal, literature and poetry events, baroque music ensembles, theatres and many others.

His new album Trema La Terra, released on March 12th via Ala Bianca Records, features electronic and electric instruments – everything at the service of his music and poetry.