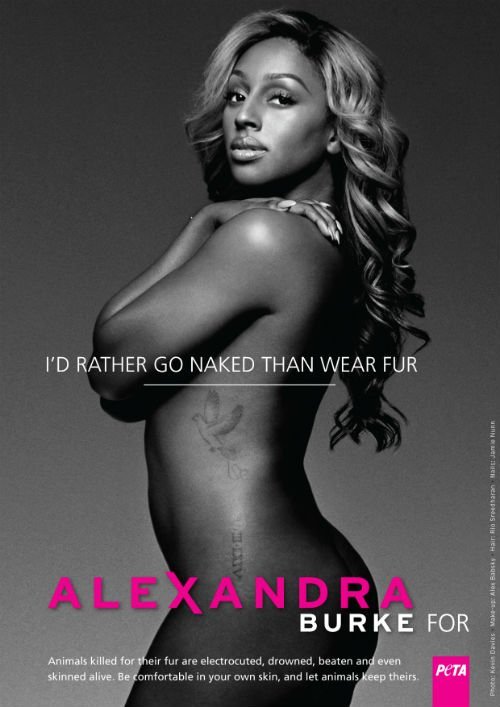 In the ad, Alexandra bares all above the words “Be Comfortable in Your Own Skin, and Let Animals Keep Theirs”.

She reveals: “I was nervous about posing nude as I’ve never done it before. It was uncomfortable initially, but the photographer made me feel relaxed and at ease. Ultimately I love my body, so it was great to do something for such a worthwhile cause.”

Animals on fur farms are confined to cramped, filthy cages before they are drowned, beaten, strangled, electrocuted and often even skinned alive in order to produce fur coats, collars and cuffs. Animals caught in the wild can languish for days in traps, and mothers will often chew through their own limbs in an attempt to return to their cubs. In China, the world’s largest fur exporter, fur from dogs and cats is often falsely labelled as fur from other animals before it’s exported.