At this stage it is inappropriate to comment on this tragic news beyond saying that we are devastated and are sharing a sense of shock and grief with Lee’s family. 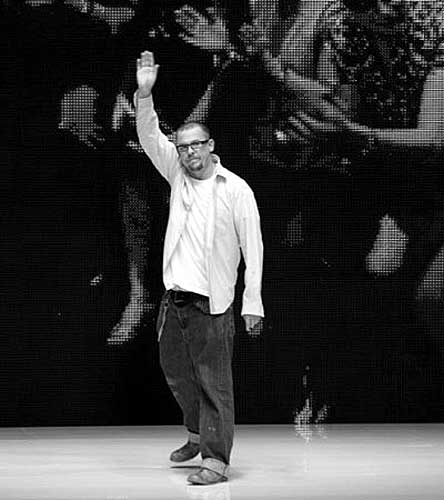 Alexander McQueen Tributes
Naomi Campbell, the supermodel described by McQueen as his “muse”, said: “I am truly devastated to lose my close friend.

“His talent had no boundaries and he was an inspiration to everyone who worked with him and knew him.

“This is a sad day for all who loved him around the world and my condolences are with his family. I will miss him so much, he will never be forgotten.” 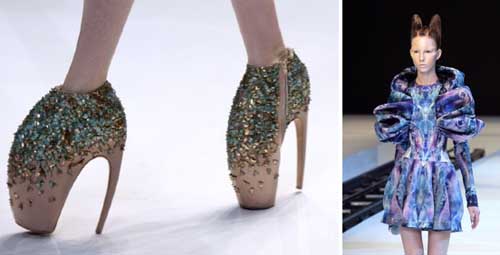 Kate Moss, who was McQueen’s “bridesmaid” when he “wed” his partner, film-maker George Forsyth, in 2000, released the following statement: “Kate is shocked and devastated at the tragic loss of her dear friend Lee McQueen. Her thoughts are with his family at this sad time.”

Forsyth, who later split with McQueen, told a newspaper: “I’m completely numb. I can’t believe this.”

Cheryl Cole, who last year chose to wear a dress designed by McQueen to her birthday party, said: “My heart goes out to Alexander’s family and friends at this unbelievably sad and tragic time.

“Fashion has lost one of its most talented and inspirational figures.” 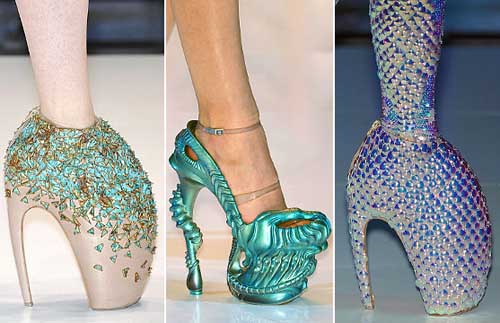 Alexandra Shulman, editor of British Vogue, referring to the designer by his given first name, said: “Lee McQueen influenced a whole generation of designers.

“His brilliant imagination knew no bounds as he conjured up collection after collection of extraordinary designs.

“At one level he was a master of the fantastic, creating astounding fashion shows that mixed design, technology and performance and on another he was a modern-day genius whose gothic aesthetic was adopted by women the world over.

“His death is the hugest loss to anyone who knew him and for very many who didn’t.”

Helena Bonham Carter, the actress, whose husband Tim Burton worked with McQueen said: “It’s absolutely tragic. It’s just horrendous to think that someone was so devastated by his mother dying.

“I loved McQueen. Tim did some drawings for one of his shows, did a shirt with him together.

“He had such lovely vision, originality comes quite hard these days.” 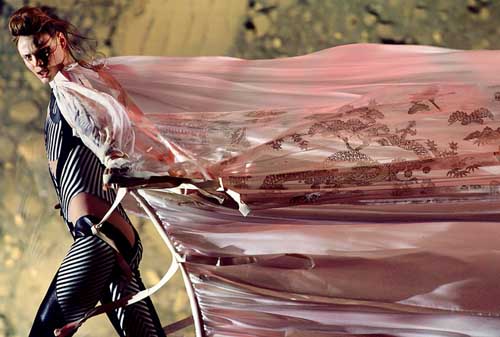 Victoria Beckham told a newspaper: “We have all lost a true great.

“McQueen was a master of fashion, creative genius and an inspiration. Today the fashion industry has lost a true great. An icon of all time.

“He made all he touched beautiful and will be desperately missed. My heart is very much with his family and friends at this very sad time.”

Fellow designers also paid their tributes. A spokesman for Dame Vivienne Westwood, the fashion designer, said she was “incredibly sorry” to hear the news.

Karl Lagerfeld said: â€œI only knew him very little but I knew his work well.

But, he added: â€œThere was always a bit of an attraction to death, it was a bit dehumanised.â€

“I have known Lee since his time at Central Saint Martins and gave him advice in the early part of his career. He was a very talented and creative designer, especially in respect of his tailored clothing. This is a very sad time and my thoughts are with his family.”

She said: “It’s very shocking. It’s sad when anyone feels that alone but particularly someone who is so talented and seemingly has so much to live for. I’m just thinking of his friends and family.”

Bill Nighy, the actor, said: “I was an admirer of his and he was a very, very gifted man. It’s a terrible tragedy.”

Myleene Klass, the model and TV presenter, said she McQueen would be remembered for “the life he lived, not how he died”.

She added: “I am a huge fan. It’s a really, really sad day. I’ve only just started out as a designer myself and the guy was a huge inspiration.

“It’s so tragic. He was a fantastic representative of our country and the fashion industry so it’s exceptionally sad.”

Jonathan Ross, the presenter, said: “It’s horrible news. I never knew him but I thought he was an inspirational, brilliant designer. He was one of the best that we had.”
telegraph.co.uk
o-ze.com