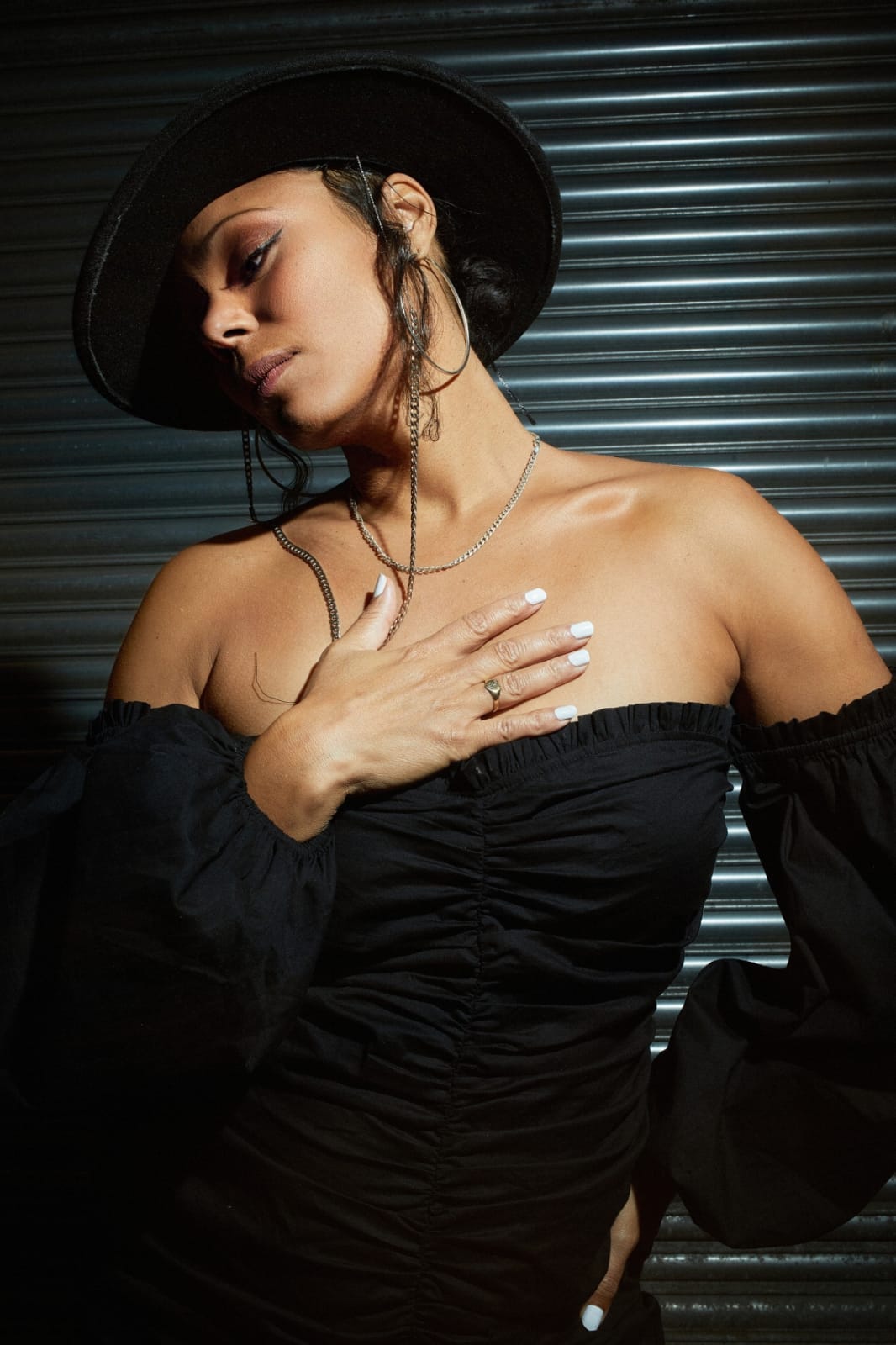 First Album
Micheal Jackson –  Dangerous.
I loved him and was convinced he was my real dad when I was a child. Not that I didn’t love my own dad, I would have just much preferred Micheal. After spotting him at Euro Disney, climbing up on to a fence and screaming his name very loudly in front of a sea of security I realised this was not the case. He simply smiled at me and carried on walking. I was heartbroken. This album makes me think of that.

Musical Inspirations
Other than the obvious Mariah’s, Whitney’s and Aretha’s i’d say vocally I most admire Etta James, Chaka Khan & Sade though there are too many to mention. My parents played a lot of the greats growing up and Tracey Chapman, Ella Fitzgerald & Bob Marley would often be playing which certainly had an impact. Lyrically I admire Monique Bingham & Roisin Murphy. Style I love Neneh Cherry & Kym Sims but again there are too many to mention.

Other inspirations
People who talk in proverbs and one liners. I’m always writing down interesting things that people say. Often very funny or very sad people inspire because they either say some real profound, deep or hilarious shit. That often makes for good song ideas.

About Stamina
Stamina is a sexy dance floor banger. It’s provocative and high energy. I can be quite a tom boy so Stamina must have been a way for my inner woman to come out and express herself. It’s got a 90s house vibe which I grew up listening to and was produced by man of the minute Eli Brown.
Future plans 2021 I am due to release lots more singles with some heavy weight producers under Ultra Records. I’ve been lucky to work with some amazing artists over the years and built friendships which helps when your looking for great music to create to. A few different sounds but all under the house umbrella and from the Alex Mills heart.