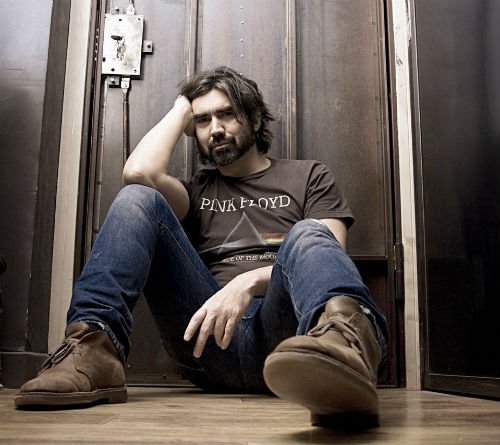 Alessandro also announces a couple of live shows in London (January 27th at The Alley Cat and January 28th at the Trapeze).

Whats the story behind your free download ‘Winter Time’?

It is a song written in front of the fireplace… it is a sort of dream of what my life could be in 30/40 years… it would be really great to discover myself still close to my current companion… if that would happen, I’m sure I would consider myself an happy man.

Can you tell us 5 things we should know about your debut album ‘Cosmic Sessions’?

First, it’s all about a vintage cosmo that lies deep inside of me, somewhere between the way I live and the way I should.

Second, “sessions” is a word that means “we know how to start, but we don’t know where it leads” … and it is a very good sensation.

Third, I was not thinking about a folk album but it comes out naturally… the most part of the songs have been written in a week, it was a kind of trip…cosmic trip.

Fourth, for the very first time I discovered country style shades in my songwriting and they didn’t disgust me.

Fifth, unfortunately because of the poor budget I have not made a vinyl, but I’d like to do it before the end of this year.

Musical: surely everything that comes from the 60/70s…I love Stephen Stills, Grateful Dead, Donovan, I love Woodstock and everything it means. What about non musical influences? I don’t know probably Starsky & Hutch.

Chris Robinson, I adore his work with the Brotherhood.

My next two shows will be in London, January 27th and 28th … I would be really happy to find you there, so I could offer you a touch of vintage spaghetti folk 😉