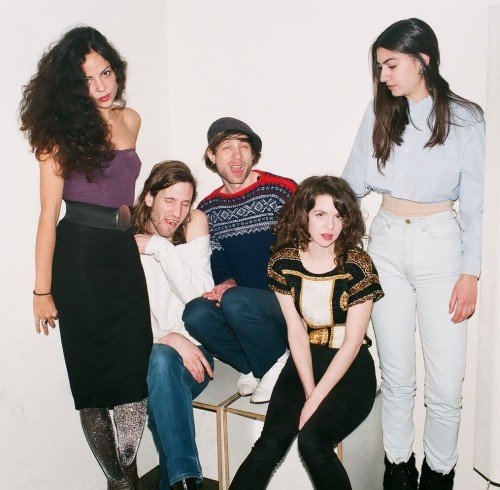 Hailing from Paris and Berlin, electronic-pop movement, Thieves Like Us, are releasing their new album “Bleed Bleed Bleed” on March 20.Recorded in the comfort of their own homes in Berlin and Paris, the album sticks to the tradition of their quality pop songs.
However, with the addition of female vocalist, Martine Duverglas, adds new dimension to the sound of Thieves Like Us.

‘Bleed Bleed Bleed’, the title track and first track of the album, starts with a slow synth drum beat, somewhat similar to the intro to ‘In The Air Tonight’ by Phil Collins and Genisis. Minus the drumming gorilla in a chocolate advert, of course. The song progresses in a very chilled out beat, something similar to a tune you’d hear in Skins.

There is no change in tempo, which provides a very calm introduction to the album, something for first listeners to warm to.

‘Stay Blue’ however, is far more “poppy”, sounding quite similar to Danish pop-band Alphabeat, particularly their hit “Boyfriend”. If you listen closely enough, there could also be comparisons to MGMT, aswell. Definitely a tune you could dance to at a party.

‘Bleed Bleed Bleed’ as a whole is a very good album. Each track is different, yet the same, in many ways.

‘Fatima’, the fourth track, possesses the same chilled out aura as the title track, and even has a similar beat at the beginning, but has more guitar and bass in it.

‘Bleed Bleed Bleed II’ sounds something like a jungle beat, with maracas shaking lightly in the background, providing an interesting mix once the keyboards kick in, something the album has not yet shown.

Although, could this be a sign of musical things to come? Who knows.

All in all, I found this album thoroughly enjoyable.

My personal favourite track would be ‘Memory Song’. This song has an almost “motown” feel to it in the beginning, but turns into something more mainstream halfway through.

‘Bleed Bleed Bleed’ is an eclectic album, in my opinion, and like I said, each song is different, but the same. The sound of the space-age vocals are maintained throughout, meaning that Thieves Like Us material shouldn’t be mistaken.

The album is available from 20 March.
facebook.com/thieveslikeusmusic
By Livy Kerr